The RAED adds to its communicative offer a new bimonthly newspaper with reports, interviews and opinion articles

The Royal European Academy of Doctors-Barcelona 1914 (RAED) presents this month the first issue of the “Periódico Tribuna Plural” (Tribuna Plural Newspaper), a new corporate communication medium that joins its weekly Newsletter, its scientific journal “Tribuna Plural” and periodic publications on conferences, events and punctual academic appointments. Published on paper, in a daily format and with a bimonthly periodicity, “Periódico Tribuna Plural” will address, from a deep perspective, with interviews, reports and opinion articles, the academic activity. Current information will continue to be offered, as until now, through the Newsletter. The direction of this new and attractive medium will be in charge of Manuel Murillo, communication director of the Royal Academy.

The publication offers four analysis on health, work, technology and the latest trends in physics by the presidents of the academic sections of Health Sciences, Maria Àngels Calvo; of Social Sciences, José Luis Salido; of Technological Sciences, Jaume Armengou, and of Experimental Sciences, David Jou, respectively. It also highlights one of the academic events that has had the greatest impact in this last period of activity: the admission in the Royal Academy of the brothers Joan Roca, Josep Roca and Jordi Roca, with quotes of the recipients. 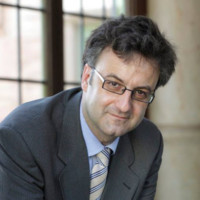 Another report presents the Barcelona Supercomputing Center-National Supercomputing Center, which hosts one of the most capable computers in Europe and will still grow and increase its performance thanks to the European Union‘s investment. Its director is Mateo Valero, honorary academician elected of the RAED, who completes the information with an interesting interview where he raises the importance of ethics in technology. Likewise, this first issue of “Periódico Tribuna Plural” dedicates a prominent space to the role of women in science, focusing on Spanish scientists and echoing the experiences of the Royal Corporation’s own academicians.

Finally, the publication has an extensive interview with Joaquín Almunia, former vicepresident of the Spanish Government and former European commissioner for Competition and Economic and Monetary Affairs and candidate for the Presidency of Spanish Government. Almunia participated in the Scientific Meeting that the Royal Academy held in Fuerteventura two years ago. “Periódico Tribuna Plural” brings the renowned neurologist and full academician Rafael Blesa to its first back cover.

“When we started the Royal Academy Newsletter few thought that, given the complexity of the edition and past experiences, 138 weekly electronic newsletters could be reached uninterruptedly, all of them with relevant information about the activities of our institution and our academicians. It’s also a challenge ‘Periódico Tribuna Plural’, a periodical and open publication to all issues that concern society from a social, political, economic and scientific point of view”, reflects in the same publication Alfredo Rocafort, president of the Government Board of the RAED and promoter of this new open window to the world from the Academy.

Publication No. 1 of «Periódico Tribuna Plural» 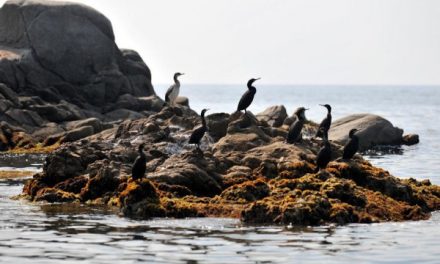