Sep 5, 2019 | Academicians of our centennial history 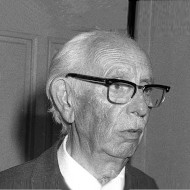 The Royal European Academy of Doctors-Barcelona 1914 (RAED) presents the 7th installment of the series dedicated to the most notable academicians of its centennial history, this time to another of its illustrious characters: the renowned writer José María Pemán (1898-1981), monarchist activist, poet, playwright, writer and renowned speaker. Another of the great figures of science and thought that have been part of the RAED and that the current Government Board wants to thank, acknowledge and claim, in the conviction that those who have no memory have no future. The selection of these selected academicians, from all fields of knowledge, is the result of research carried out for the publication of the “Book of the Centenary” of the Royal Academy, published three years ago. Personalities that transcend their historical context to appear today as referents of knowledge. 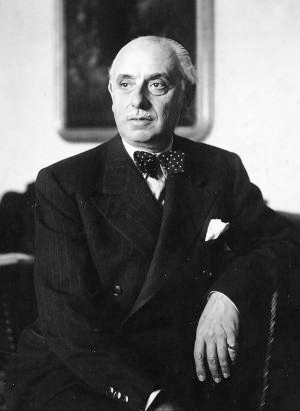 Born, raised and educated in Caddis, he studied law at the University of Seville and received a doctorate at the University of Madrid with the thesis “Ensayo sobre las ideas filosófico-jurídicas de ‘La República’ de Platón” (Essay on the philosophical-legal ideas of ‘The Republic’ by Plato”. His early literary vocation led him to cultivate all kinds of genres, although he stood out for his poetic theater and Andalusian comedies. His religious traditionalism and his monarchical convictions made him an intellectual reference of the conservative sectors during the Spanish dictatorship of Primo de Rivera and the Spanish Republic.

At the end of the Spanish Civil War he was appointed director of the Royal Spanish Academy of Language, a position he resigned a few years later so that Ramón Menéndez Pidal, exiled during the conflict and also academician of honor of the RAED, recovered the position. Peman, then, devoted himself entirely to literary activity. He collaborated regularly in the press, and wrote custom comedy, which were represented in some theaters in Madrid. “La casa” (The house) (1946), “Callados como muertos”  (Quiet as dead) (1952), “Los tres etcéteras de don Simón” (The three etceteras of Don Simon) (1958) and “La viudita naviera” (The shipowner little widow) (1960) are some of his most successful dramatic works.

His activity in the then Academy of Doctors of the University District of Barcelona is already collected in the Annals of the institution that collect the works presented between 1945 and 1953, and his appointment as academician of honor is collected in 1966. Among the speeches that the Royal Academy jealously guards is his “La poesía y la medicina ante la muerte” (Poetry and medicine before death). Pemán was also the scriptwriter of several representative films of national-Catholicism. As a narrator, he stood out for light humor novels, such as “Romance del fantasma y doña Juanita” (Romance oh the ghost and doña Juanita) (1927), “Volaterías” (1932), “De Madrid a Oviedo” (From Madrid to Oviedo) (1932), “Señor de su ánimo” (Lord of his mind) (1943) , “La novela de san Martín” (The novel of Saint Martin) (1955) and “De Madrid a Oviedo pasando por las Azores” (From Madrid to Oviedo through the Azores) (1964). His prolific poetic work is characterized by its simplicity, with reference works such as “De la vida sencilla” (Of the simple life) (1923), “Señorita del mar” (Miss of the sea) (1934) and “Poema de la Bestia y el Ángel” (Poem of the Beast and the Angel) (1938).