Ina Piperaki, president of the Greek Committee of the Association More Europe, ensures that the adjustments required by the International Monetary Fund, the European Central Bank and the European Commission (the famous troika) to represent his country a “crime to the individual” to be denounced and rejected, as did Greek society in a referendum, and called to lay the groundwork for setting up what she defined as a “humanist Europe”.

Greece corresponding academician of the Royal Academy of Doctors (RAD), Piperaki believes that no adjustment plan stigmatized Greek society and can not justify cuts that have had serious consequences for Greek society. A macroeconomic figures, Piperaki contrasts those of a tragedy in the microeconomic field that has claimed a million jobs, 6,000 suicides, 30% of closed companies and 38% reduction in wages in just two years, among other data like alarming.

In a speech, “Rien n’est Forgiven!”, published in number 6 of Tribuna Plural, the review of the RAD, the academician believes that in light of this data, “Europe has failed in its will to achieve progress together economic and social and Greece was a laboratory to demonstrate Europe’s inability to pass the Common Market to a common policy”. Given this failure is only for Piperaki, the construction of a Europe of the people. 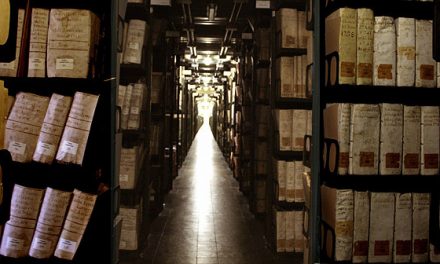 The secret archives of the Vatican