Sep 19, 2019 | Acts of admission as academicians, Food and nutrition, Medicine and Surgery

August Corominas, doctor in Medicine and Surgery Sciences and professor of Human Physiology at the University of Murcia and the Autonomous University of Barcelona, ​​entered as full academician of the Royal European Academy of Doctors-Barcelona 1914 (RAED) during a ceremony held last Wednesday, September 18, at the Assembly Hall of Catalan labor Promotion of National Work, headquarters of the RAED. The recipient read the admission speech “Genética Molecular y Biocronogerontología en la era posgenómica. Sirtuinas. Anti-Aging. Klotho ¿Son las Sirtuinas el buscado Elixir de Juventud? El Filum Galénico de la Familia Corominas (200 años)” (Molecular Genetics and Biocronogerontology in the postgenomic era. Sirtuins. Anti-Aging. Klotho. Are the Sirtuins the wanted Elixir of Youth? The Galenic Filum of the Corominas Family (200 years)). On behalf of the Royal Corporation answered the full academician and vicepresident of the Government Board Pedro Clarós. The event was followed by more than a hundred attendees and 30 academicians. 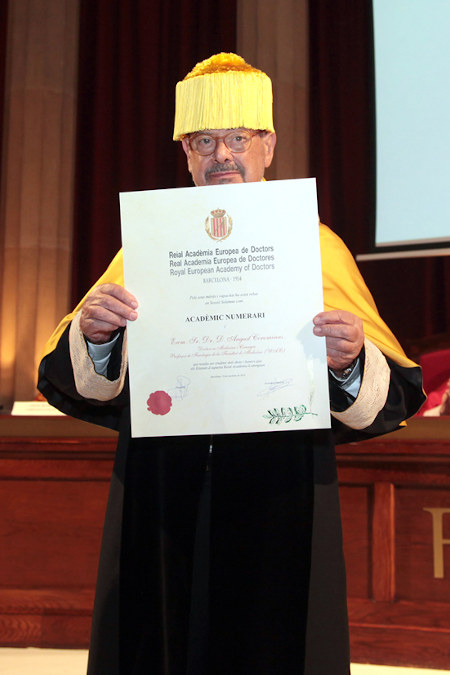 In his speech, the new academician tries to answer the recurring question of what is aging and at the same time tracing the parameters of what is known as biogerontology. “Man is an ordered lipoprotein complex. Regulated and well structured and an integrated functional anatomical, physiological and psychic unit, evolves in space and time, related to chronobiology -Corominas starts his work-. Man is a molecular set located in the Biosphere. He evolves according to his circadian, circatrigint and circaannual rhythms. To us, metabolically and vegetatively, it sends us a hypothalamic clock located in the suprachiasmatic nucleus. Are we totally free? Can we define the soul in biochemical terms, metabolic? Man is a molecular development of a first hybrid molecule, helium and hydrogen (helium hydride), which was formed in the Big Bang, 13.8 billion years ago”.

From this complex biological definition, the new academician points out that advances in health and culture have made man the only animal capable of substantially modifying his environment and even extending his life. “It’s evidence that technology changes exponentially and the progress of intelligence and knowledge is apparently unstoppable. Where are the limits? Or, rather, are there those limits? Apparently not. Man is a microcosm that evolves. How? At the cost of thousands and millions of reactions in certain chronobiological periods, which modify the form, structure, function… until a child becomes an old man”.

After shuffling various definitions of aging, explaining their processes and reviewing where medicine has successfully intervened he offers various tips for dealing with old age. “A balanced, sustainable diet, with zero residue, varied, with a lot of color (antioxidants), slightly hypocaloric… The longevity guru of the University of California says that the key to increasing longevity is to live longer with a longer quality of life, it’s about eating better, especially more fruit and more vegetables. Follow the program 5 a day (3 vegetables and 2 fruits or vice versa). In addition to dietary fiber, prebiotics and probiotics, whole grains with two or three liters of water even if you aren’t thirsty. And as for physical activity, between 10 and 60 minutes a day depending on your personal motor skills. Sunbathing every day, about 15 minutes. Eliminate toxic substances: tobacco, alcohol, drugs, excess coffee… Having a cheerful, clean and ventilated ecological nest and a participatory family life. Living with the grandchildren. And stimulating the mind by reading intensely every day”, he concludes.

“In 1972, August Corominas already entered as full academician of the then College of Registered Doctors of the University District of Barcelona. Now, 47 years later, he joins the Royal Academy again, as happened similarly with Pedro Clarós, who entered initially in 1976 to rejoin our institution in 2015. Whoever enters today and who today answers the admission speech are old friends that the Academy had and has been lucky enough to recover”, said the academician and president of the Governing Board, Alfredo Rocafort, to sign the act. 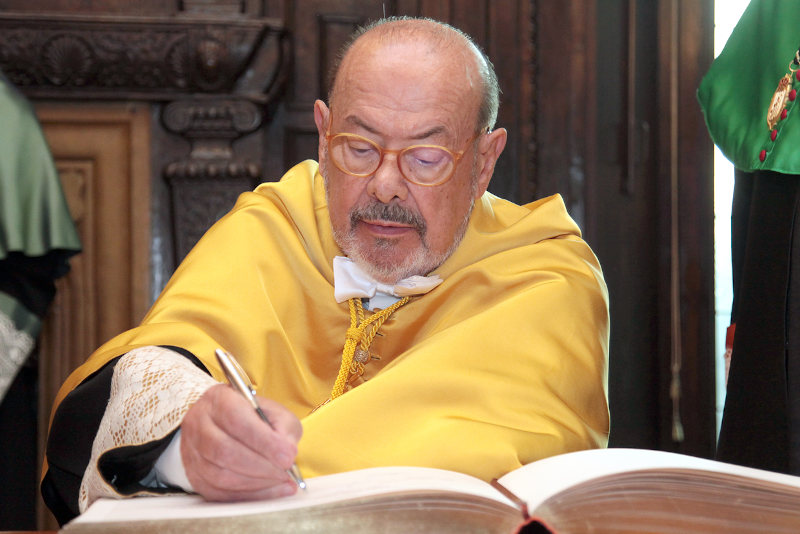 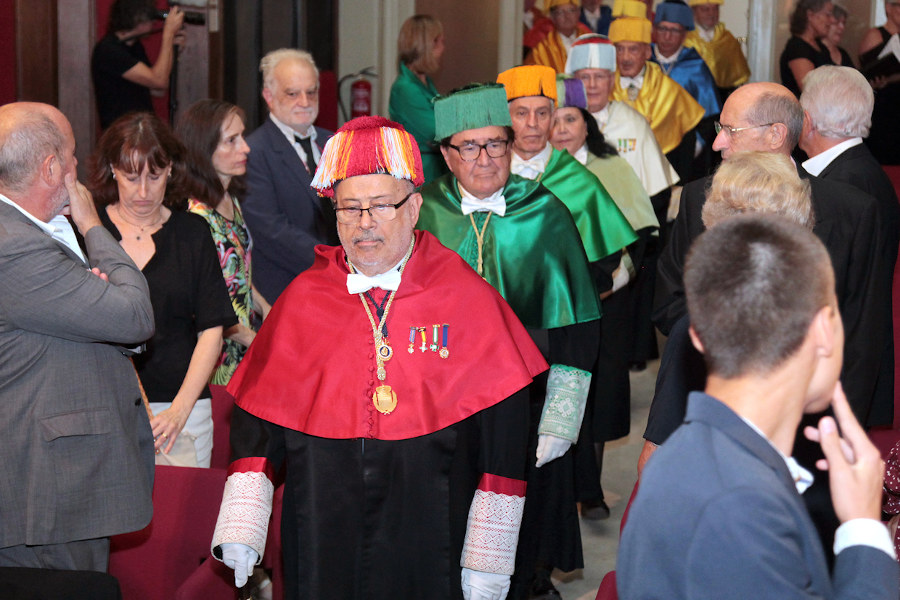 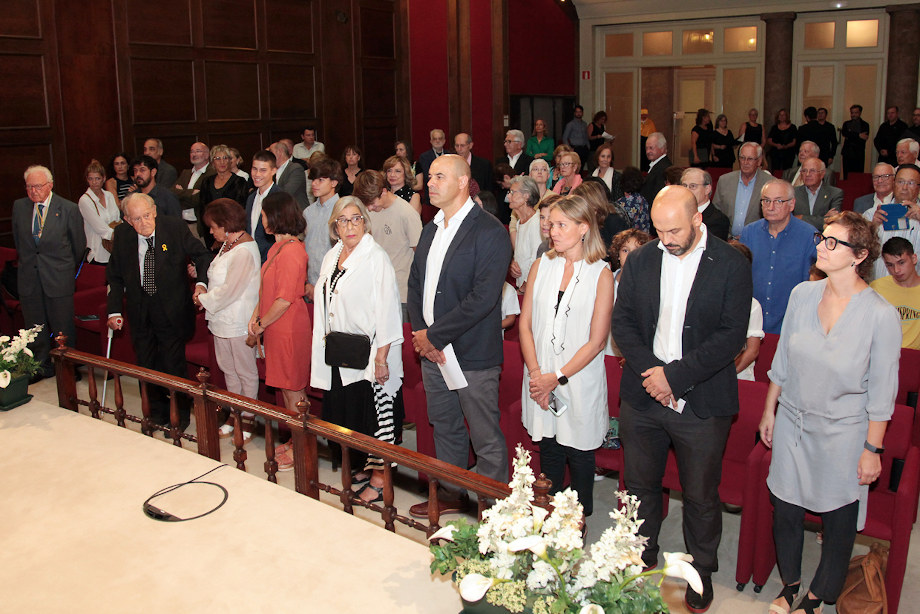 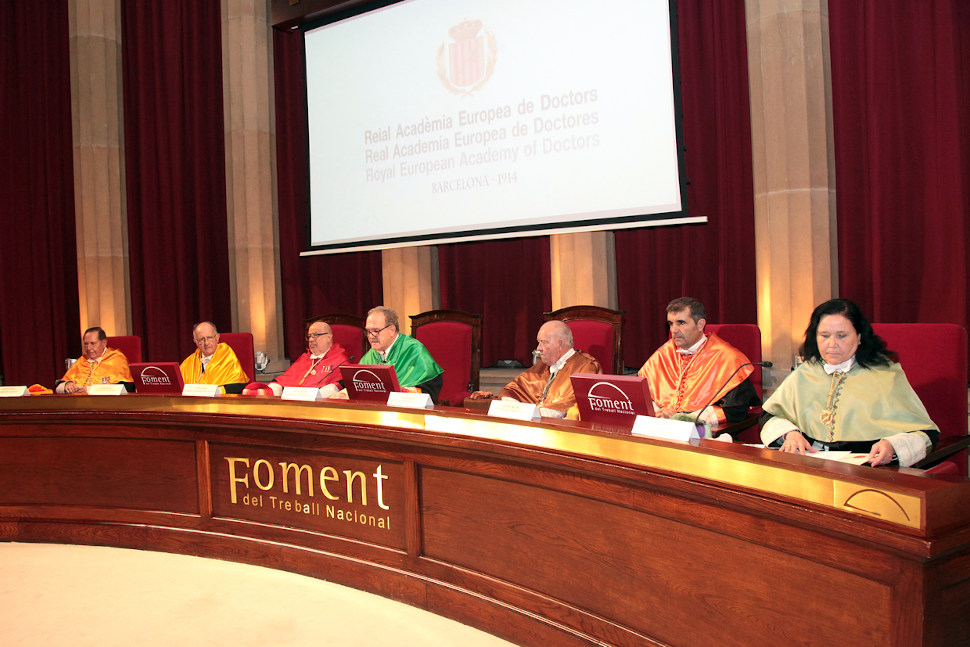 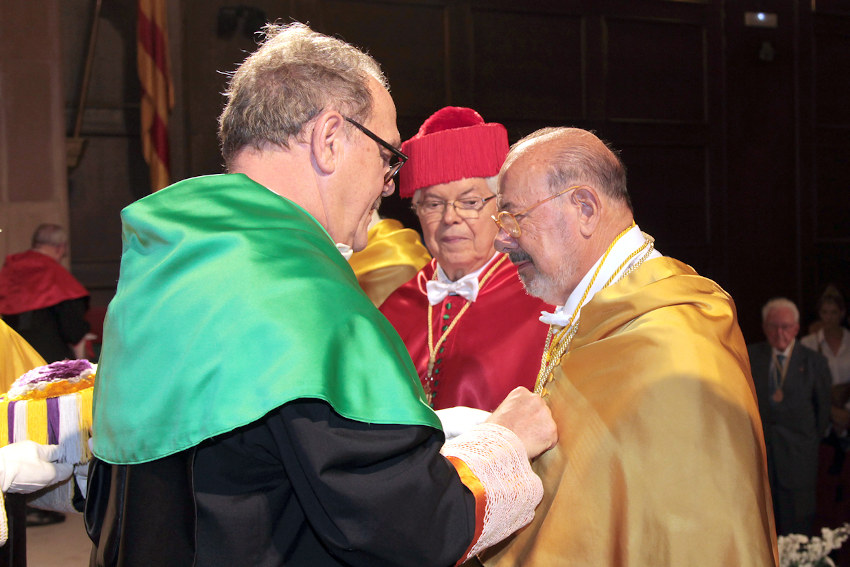 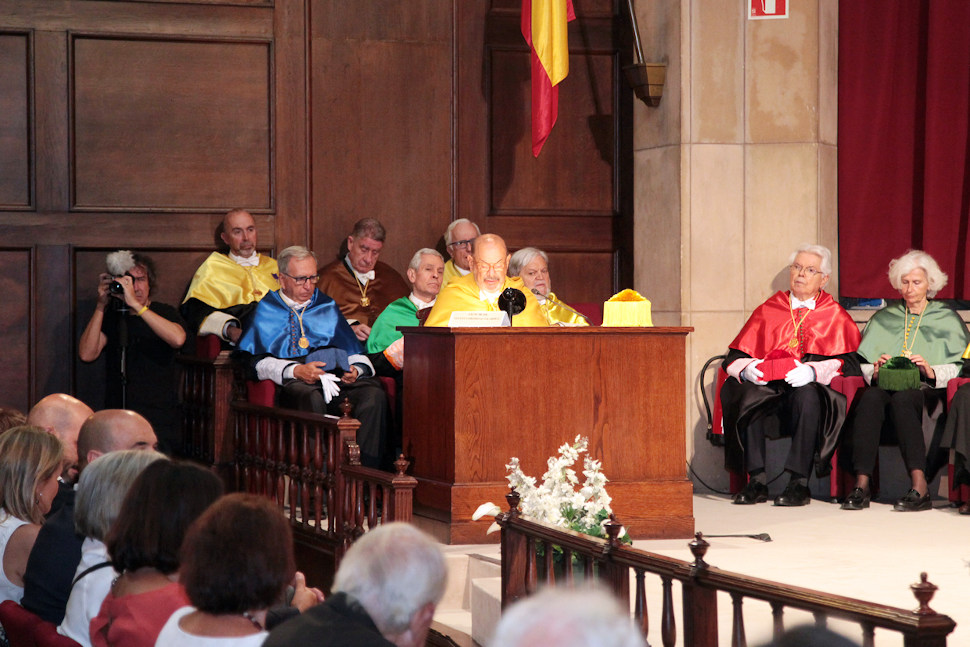 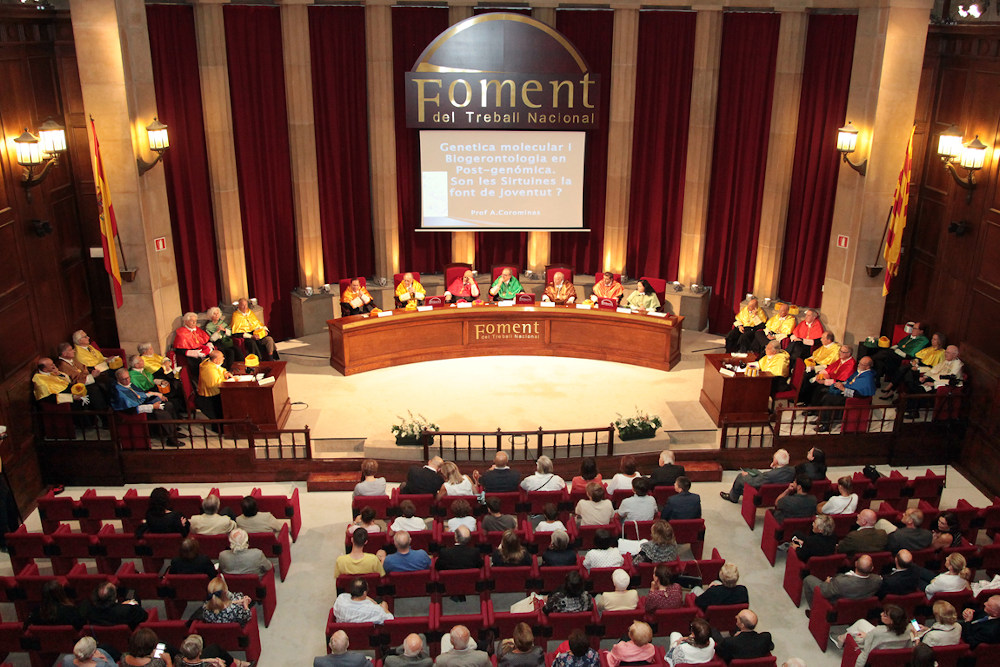 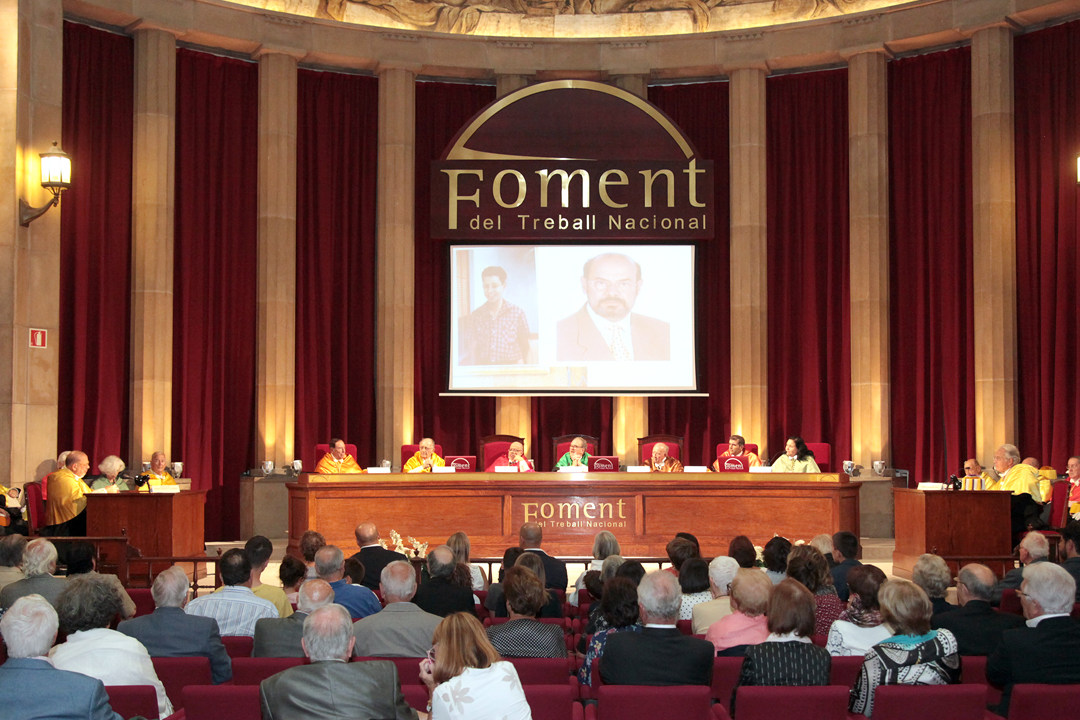 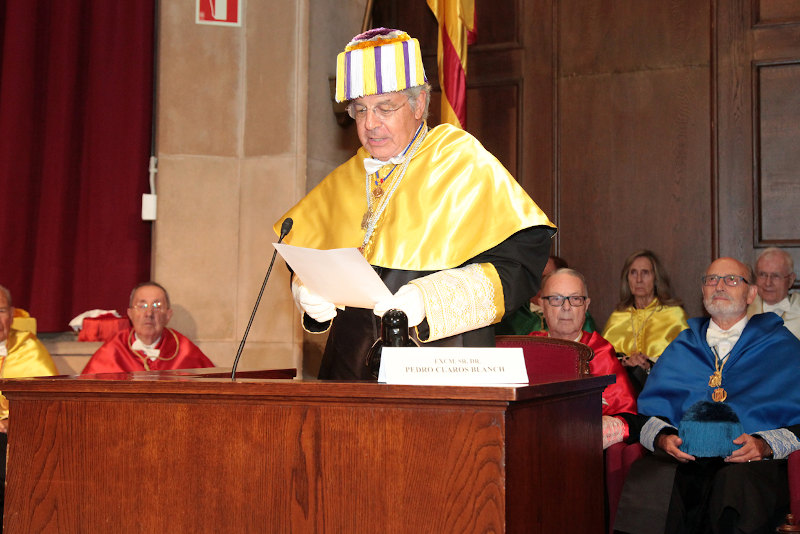 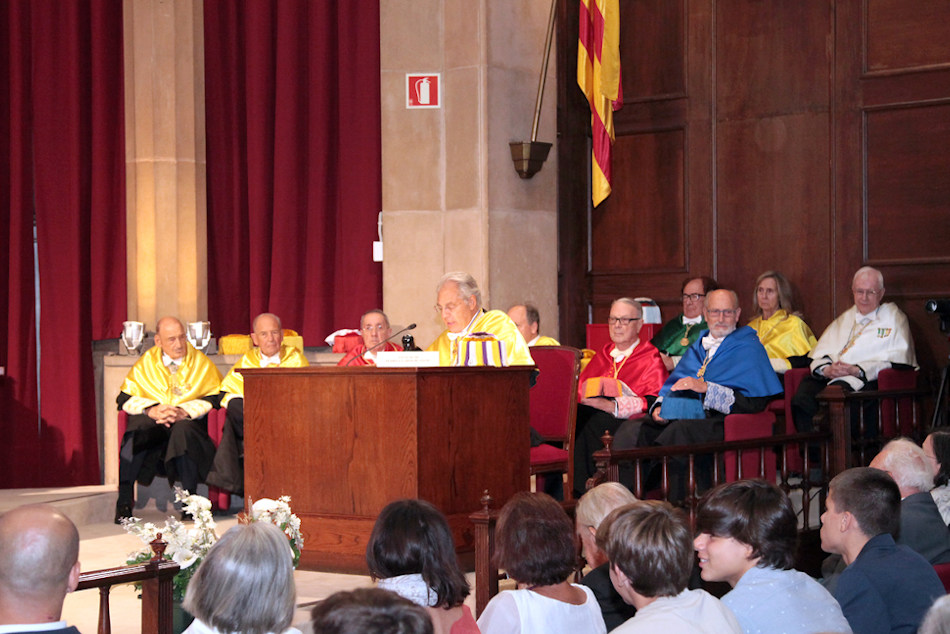 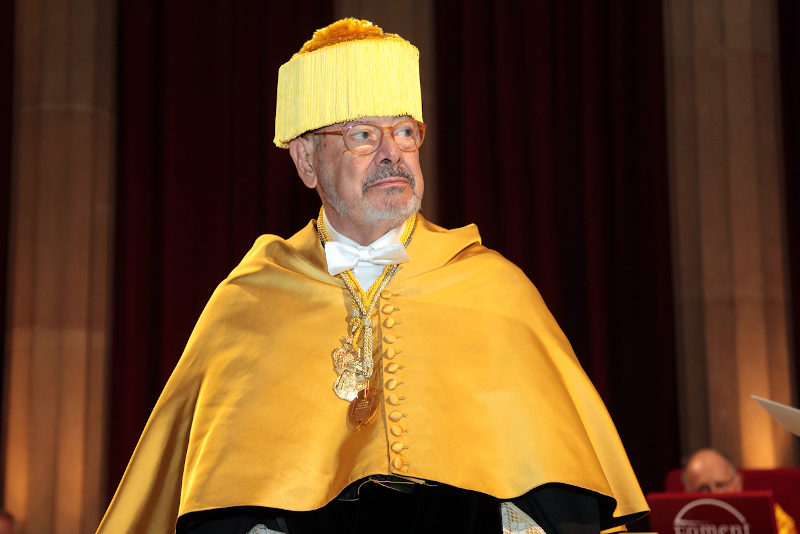 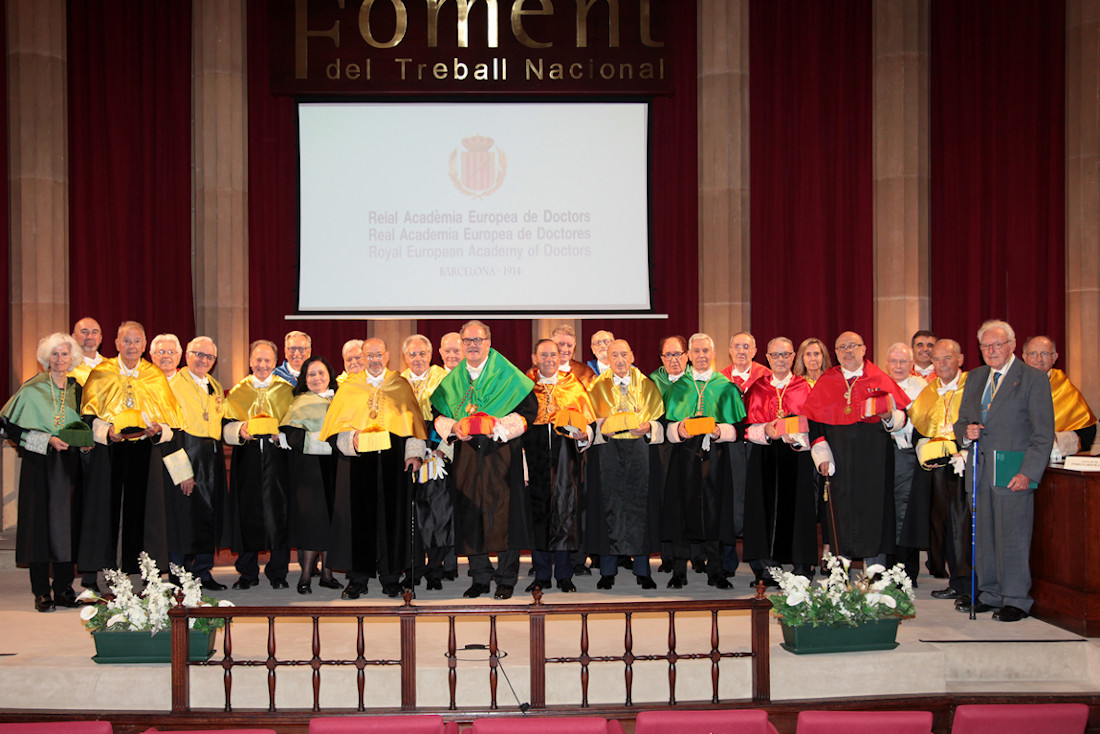