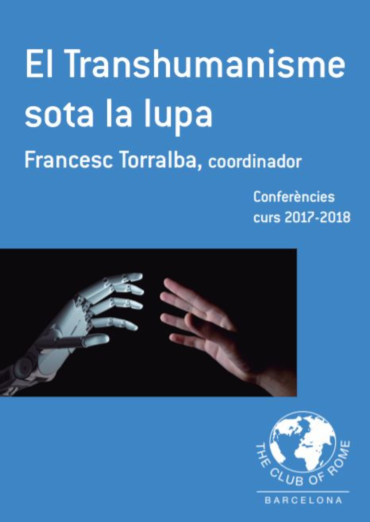 Francesc Torralba, director of the Ethos Chair of Applied Ethics at the Ramon Llull University and the Chair of Christian Thought of the Bishopric of Urgell and full academician of the Royal European Academy of Doctors-Barcelona 1914 (RAED), has published the book “El transhumanisme sota la lupa” (The transhumanism under the magnifying glass), which includes the conferences on transumanism organized by the Club of Rome Office in Barcelona during the 2017-2018 academic year. The publication has the collaboration of La Caixa Social Work and is presented by its director, Jaime Lanaspa. He is followed by the work of 15 specialists in the field, starting with Torralba himself, whose study opens the scientific part of the work.

The initiative, first of this cycle, and after the publication of the book with the submitted papers, started from a round table held in 2016 between this section of the Club of Rome and the La Caixa Social Work in Barcelona in 2016 under the title “Transhumanismo e inmortalidad: ¿sueño o pesadilla?” (Transhumanism and immortality: dream or nightmare?). “The result of the round table exceeded our expectations, both for the interest raised, as for the depth of the issues addressed and the questions that were raised. For this reason, we conspire with Francesc Torralba to organize a complete cycle, under his coordination, in which the different aspects of the subject will be dealt with exhaustively”, explains Lanaspa in his introduction. 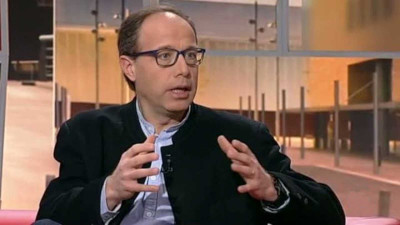 “Throughout the different sessions, many questions have been revealed, as can be seen from the text. Some of them have to do with the human condition and its nature: are there limits to its improvement? Will it generate more happiness, more dignity, greater degrees of freedom? Other issues are of a socio-political nature, especially, who decides, with what level of ethical and democratic control and with what degree of universality. Also raised philosophical questions: is it legitimate to change, irreversibly, the human species, we have the right to design a new lineage? And who would be legitimated to make the decisions? With what purpose?”, continues Lanaspa.

The answers, from this multidisciplinary dimension of the sessions included in the book, are multiple. As the questions that leave open, both from a scientific or strictly technological point of view to a moral one. Torralba is joined by experts such as Emilio Muñoz, Lluís Torner, Begoña Román, Conrad Vilanou, Albert Cortina, Salvador Macip, Mateo Valero, Margarita Bofarull, José Félix Tenazos, Alfredo Pastor, Miquel Casas, Urban Ferrer, Elena Postigo and Albert Florensa.