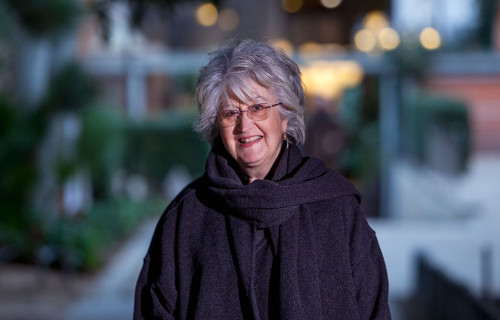 Teresa Freixes, Professor of Constitutional Law at the Autonomous University of Barcelona, ​​full academician and secretary of the Royal European Academy of Doctors-Barcelona 1914 (RAED), is part of the Spanish Teachers’ Forum, a network composed for more than two hundred teachers who have in common their “commitment to the unity of Spain, respect for the rule of law, the Spanish Constitution and democracy”, according to its founding objectives. The forum has promoted the creation of a committee of jurists to observe the special cause that judges the leaders of the Catalan independence process.

“The committee of jurists has been created because it is an evidence that before the beginning of the judgment a powerful propaganda campaign to discredit Spanish justice and democracy was underway. We believe it is appropriate to impartially follow the judgment, which is why this prestigious committee has been set up to monitor and evaluate compliance with the legal standards of the international, European and Spanish law in the special cause 20907/2017”, indicate the drivers of this forum.

The committee of jurists will make a final evaluation and reports based on the principle of technical competence, not of a political nature. Its members claim not to follow instructions from any political party or any other person, institution or entity. This body is composed of professors of recognized prestige whose only commitment, as citizens, is with the rule of law, the Spanish Constitution and the values ​​recognized by the Treaty of European Union. It’s coordinated by Alfonso Valero, lawyer and former professor of arbitration at the Nottingham Trent University.

On the other hand, Freixes was appointed on 21 January as a permanent member of the Spanish General Committee of Codification of Public Law in its Third Section. An appointment ratified by minister of Justice, Dolores Delgado. This Commission is defined as “the highest collegiate body of advice to the Minister of Justice to which corresponds, within the scope of the competences of the ministerial department to which it is attached, the preparation of pre-legislative and regulatory texts and how many other tasks are entrusted to him for the best orientation, preservation and protection of the legal system”.