Lluís Giner, doctor of Medicine and Surgery and professor of Dentistry at the International University of Catalonia, entered as a full academician of the Royal European Academy of Doctors-Barcelona 1914 (RAED) during a ceremony that was held on April 3 in the Assembly Hall of Catalan Labour National Work Development, headquarters of the RAED. The recipient read the admission speech “Los dientes: del comer al lucir. Evolución de los materiales odontológicos y cambios sociales” (Teeth: from eating food to looking good. The evolution of dental materials and social changes). Full academician and Vice-president Pedro Clarós answered on behalf of the Royal Corporation. The act was followed by about 200 attendees and 25 academicians.

In his work, the new academician carries out a documented journey through the long history of dentistry, which goes back to prehistory. However, it began as we know it today with the advances of Pierre Fauchard (1678-1761), who is considered to be the founder of this specialism. Giner also reviews the birth of orthodontics as a science field in the 19th century and focuses on the revolution that it supposed for oral health and the scientific, health-sector and social advances that took place throughout the 20th century. “The 20th century frames a new scenario, completely different from the previous ones. It supposes immense changes centred mainly from mid-century, due to scientific, technological and social advances, produced at a higher speed than in the previous historical periods. These changes not only affect different dental materials, but also the way of seeing of the profession, healthcare systems and, of course, also the concept of system and quality of life on the part of patients”, he says in this regard.

“Dentistry has undergone many changes in the last century, fostered by technological advances providing significant improvements in the quality of life of the patients, and in the comfort and effectiveness of the dentist”

The last frontier of these advances go through the aesthetic function that is given currently in the mouth and the masticatory system, in addition to the use of what is already known as “intelligent materials”. “In the present century, the concept of how materials can have positive effects in our treatments in what we could call intelligent materials. Examples of this are materials for calcium phosphate coatings to enhance osseointegration and compounds that help recalcification”, he explains.

“Dentistry has undergone many changes in the last century, fostered by technological advances providing significant improvements in the quality of life of the patients, and in the comfort and effectiveness of the dentist. However, other changes have meant a new mentality, a new way of understanding dentistry, and consequently the way of understanding health and dental care”, concludes the new academician. 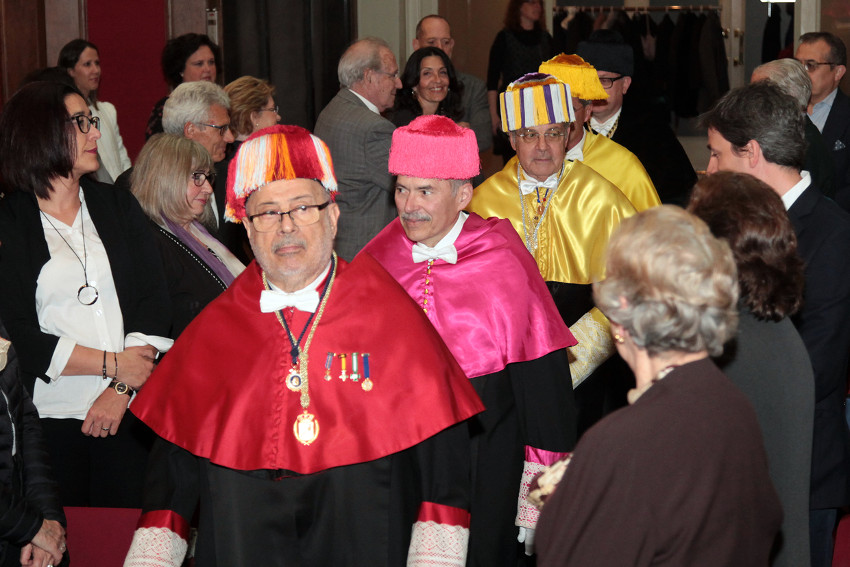 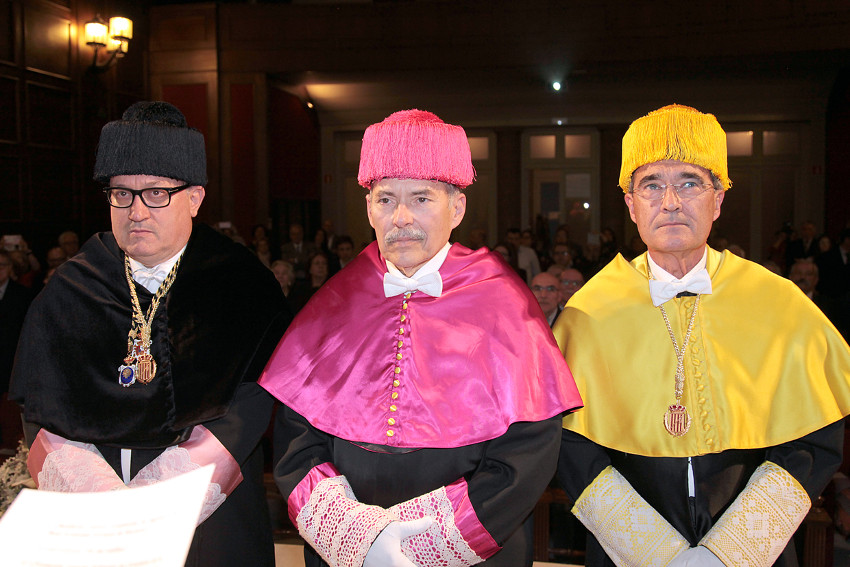 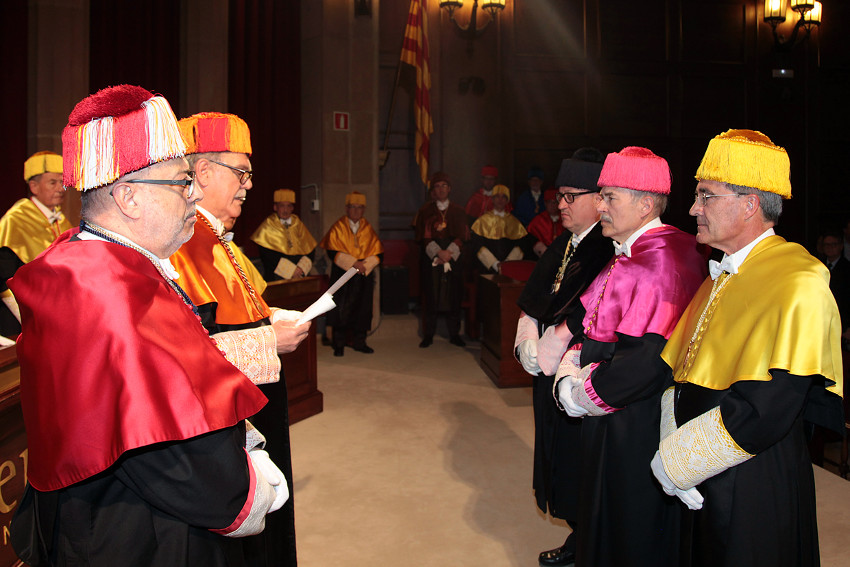 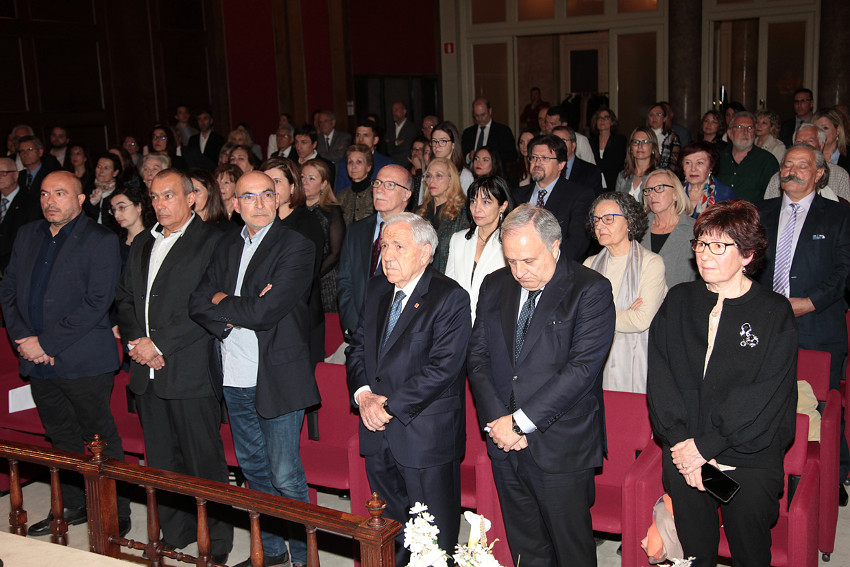 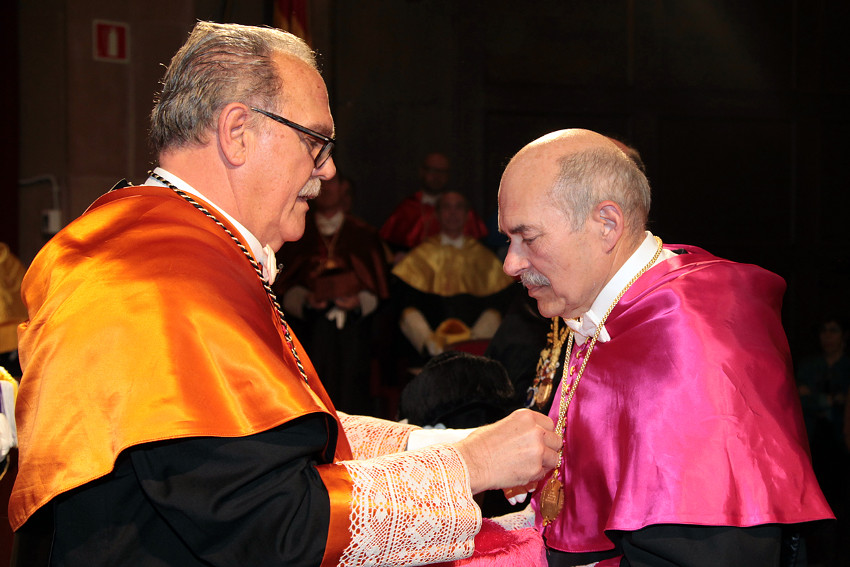 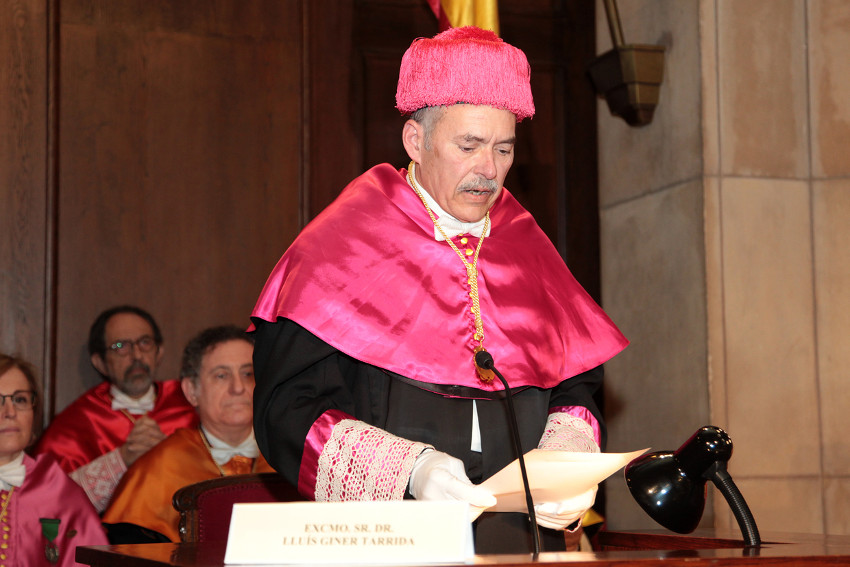 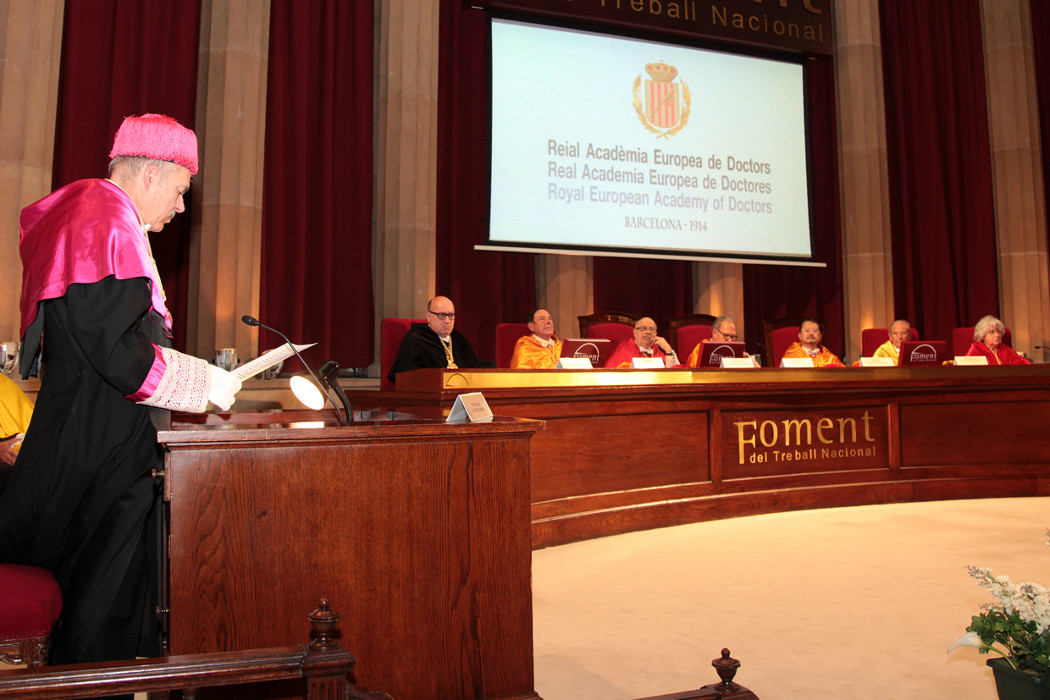 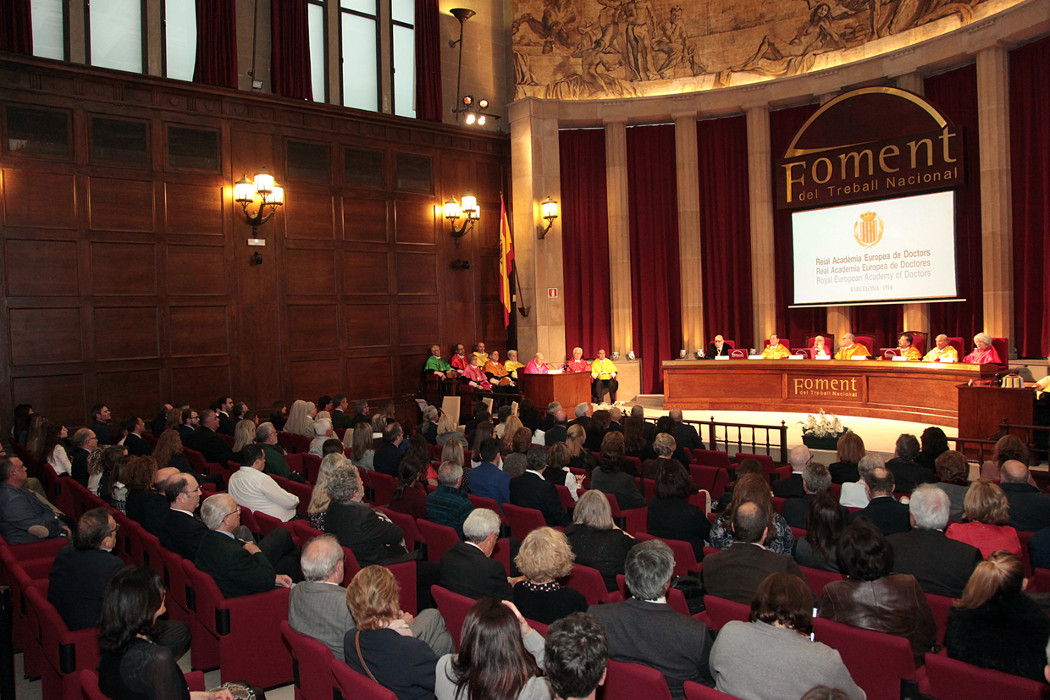 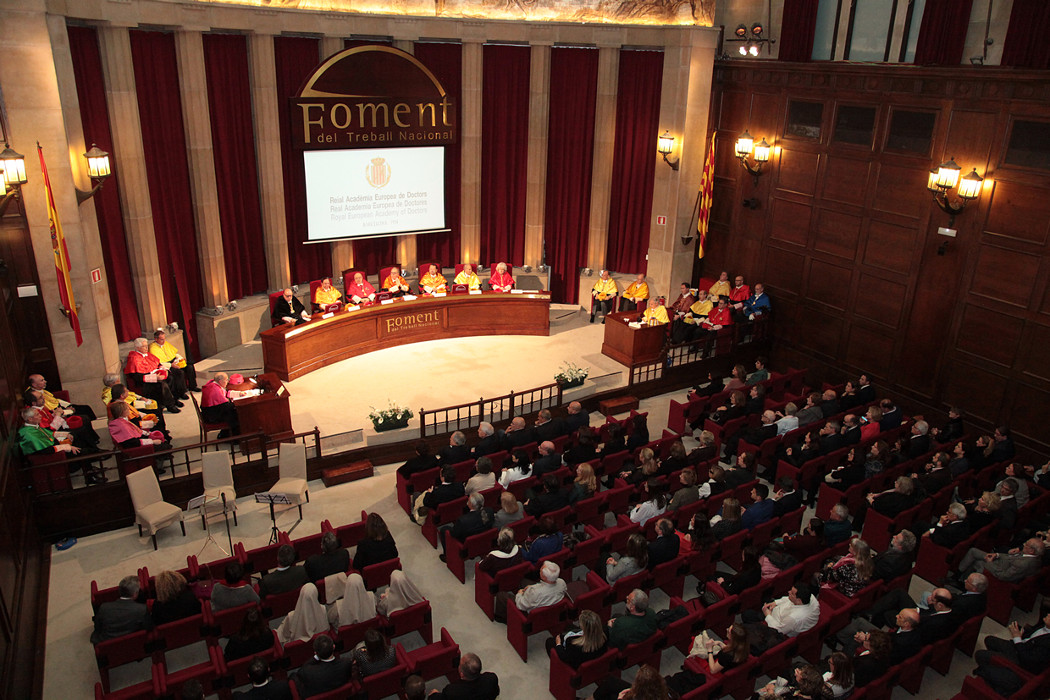 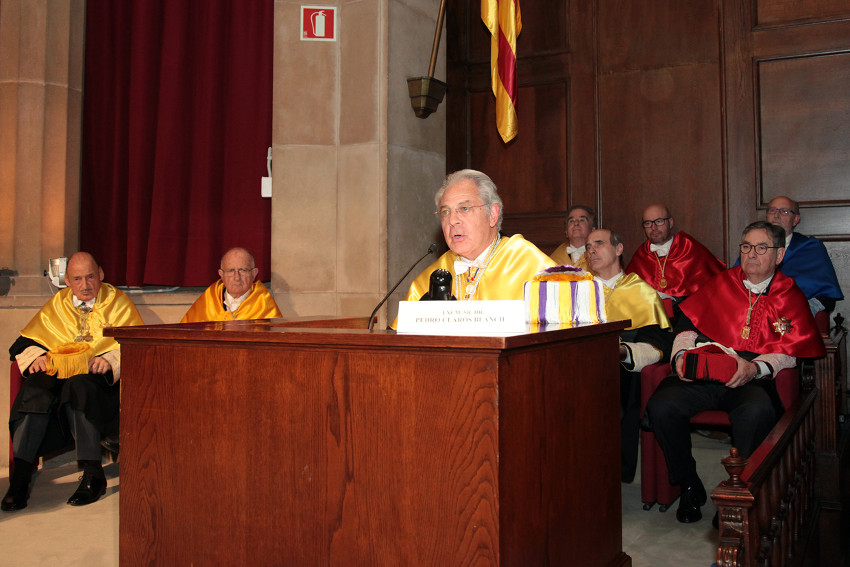 Video summary of admission as full academician of Núria Vallcorba

Video summary of reception as full academician of Santiago Castellà