Manuel Valls, former prime minister of France, defends in the Academy a Catalonia far from the unique speech and the identity cult

Manuel Valls, former prime minister of France; Santiago Castellà, full academician and member of the Governing Board of the Royal European Academy of Doctors-Barcelona 1914 (RAED), and Joan Francesc Pont, also full academician and member of the Board of Government of the RAED, starred on the past 10 January in the debate organized by the Royal Academy and the Union of French Abroad “Laïcité-laicidad. Dos caminos diferentes en Francia y en España con valores comunes” (Secularism, two different paths in France and in Spain with common values). The session, which took place in the Catalan labour National Works Promotion in the presence of some 250 people -the maximum capacity of the room- was headed by Alfredo Rocafort, president of RAED, and moderated by the French economist and politician Richard Onses, corresponding academician elect of the RAED.

Valls defended the concept of secularism beyond religion and as a pillar of democracy. “Political power must remain neutral in all those areas that by definition cannot be universal, such as religious denominations, political ideologies or ethnic or cultural identities. No particular cult should have institutional privileges, be they economic, legal, administrative or symbolic, over others”.

Future candidate for mayor of Barcelona, ​​Valls did not elude to the Catalan political situation to illustrate his reflection. “What I try to explain we see in the party taking part of the Catalan Government in favour of a way of being Catalan that is only of a few Catalans, in favour of a Catalan identity that does not identify all Catalans. The politicization of institutions, the media and the education system, put at the service of the creed that only part of the citizenry professes, we see in the invasion of public space, which belongs to everyone, with the particular symbology. We see it in the homogenization, in those joint editorials, which are the perfect symbol of what is not pluralism, of what is not freedom of conscience, of what is not secularity”, he said.

Pont, meanwhile, agreed that the principle of secularism is not only an element of inspiration of the legal system, but is also the engine of the emancipation of citizens to exercise their freedom of conscience. “Secularism is the spiritual architecture of an open society and therefore it is not the denial of interest in the search for transcendence but, on the contrary, respect for free inquiry about the great problems that have always preoccupied the human being. Spain did the homework with the Constitution, but he still has a long way to go to turn secularism into a truly valid principle”, he said.

Castellà argued that in today’s heterogeneous and multicultural societies, the rules of coexistence cannot but be based on the principle of a secularism that goes beyond religion. “They must allow us to build a public space that is plural, open, tolerant, that allows everyone to concur with their own values ​​and their own worldview without interfering in others and at the same time building a space where everyone can feel good”, he explained.

For Rocafort, this successful debate affects the vocation of service of the Royal Academy. “The day on which the Royal European Academy of Doctors organizes a debate on the principle of secularism is confirming that its centennial academic vocation is to favour ideological pluralism, research capacity, dialogue between ideas and different conceptions and above all, the inalienable right of the human being to doubt the channels through which an itinerary of coexistence in freedom and spontaneous search for happiness is built”, he said.

The Royal European Academy of Doctors in the press (May, 2016) 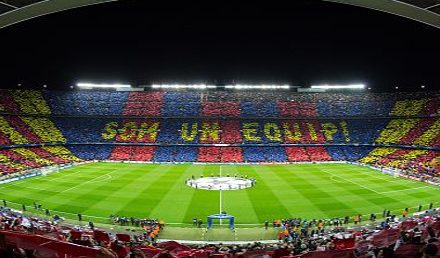