Rosalía Arteaga, former president of Ecuador and honorary academician of the Royal European Academy of Doctors-Barcelona 1914 (RAED), received, on 24 November, an honorary doctorate in Business Administration from the International American University, which recognised the intense work of the academician in the diffusion and improvement of education throughout the American continent. The solemn reception was held at one of the institution’s campuses in California.

Distinguished with numerous awards and recognitions, Arteaga adds this Honoris Causa to her doctorate in Jurisprudence and Anthropology. Arteaga was secretary general of the Amazon Cooperation Treaty Organization and vice minister of Culture and Minister of Education of Ecuador. She worked until 2007 as a member of the Editorial Board of the Encyclopedia Britannica and was director of the Regional Nature Foundation. Between 2007 and 2012 she was a member of the Board of Directors of the Tropical Agronomic Center for Research and Teaching of Costa Rica. She is president of the Advisory Board of the Fidal Foundation and a member of the World Academy of Arts and Sciences.

Arteaga adds to his dedication to politics her passion for education and she has a vast career as an essayist and poet who has been internationally recognised. 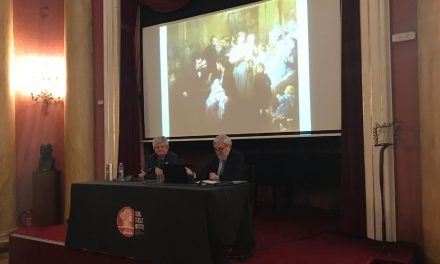 The Governing Board conveys its best wishes for this holiday season