The Scientific Expedition that the Royal European Academy of Doctors-Barcelona 1914 (RAED) has organized with the cooperation of National Geographic to the Galapagos Islands for September 2020, on the occasion of the celebration of the 6th International Congress of the institution, has already reached its first objective: cover the 95 available places. A waiting list is now open for those interested who hadn’t reserved their place in the event of eventualities. The capacity has been completed in less than three weeks, which attests to the interest of a single call, both for the exclusivity offered to the expedition by the hand of National Geographic and the Government of Ecuador, and for the presence of five Nobel prizes that haven’t missed the occasion either.

This 1st Scientific Expedition has as destination one of the best preserved places in the world in terms of biodiversity, but which nevertheless is also suffering the consequences of climate change and aggressions to its ecosystem. This theme will be the central axis of the conferences and discussions that will take place among the participants in the expedition, which given the multidisciplinary nature of the Academy will be complemented with other conferences of cultural and scientific interest.

Given that climate change is nowadays one of the main axes of social and scientific debate due to the problems and uncertainties it generates and the certainty of what it may entail if the effects of global warming on the atmosphere aren’t remedied, the Royal Academy has considered that an expedition to one of the world’s best preserved paradises in terms of fauna, flora and protected species is the best scenario to discuss, observe and agree on a scientific document that will be presented to international organizations that debate on the matter. It’s a way, too, to assume the scientific leadership required of institutions involved in the development and dissemination of science and knowledge.

Attendees included Nobel laureates and honorary academicians of the RAED Aaron Ciechanover, Barry Barish, Richard Schrock, Frances Arnold and Gérard Moreau, as well as honorary academic Rosalía Arteaga, former president of Ecuador and president of the Foundation for the Development of Latin America, a group of naturalists specializing in various aspects of the environment of the Galapagos Islands and a group of thinkers and visual artists that complement this unique group thanks to the collaboration of the Quo Artis Foundation, an international institution dedicated to the promotion of science through art and with which the Royal Academy has begun to collaborate closely.

The Galapagos Islands, located in the Pacific, a thousand kilometers from the South American subcontinent, are one of the most important natural history destinations on Earth. The islands were the first place considered a World Heritage and Biosphere Reserve by Unesco. The archipelago consists of 19 islands of volcanic origin and a surrounding marine reserve. Its flora and fauna make up a living laboratory of evolution, unique in the world. It’s located at the confluence of three ocean currents and concentrate a great variety of marine species. Its seismic and volcanic activity illustrates the processes of its geological formation. The extreme isolation of the archipelago has facilitated the development of a unique fauna with species such as the land iguana, giant tortoise and numerous species of finches, whose study inspired Charles Darwin his theory of evolution by natural selection after his trip to these islands in 1835.

The trip will also add a filmmaker of National Geographic. The expedition aboard the ship of this renowned scientific society will be led by a merchant marine captain experienced in navigating the islands for more than 30 years, Eduardo Neira, who in addition to his profession and seamanship is a biologist, teacher, composer and musician. The capacity of the boat is limited to 95 passengers due to legal limitations of the National Park of the Galapagos. It has all the comfort and luxury typical of large yachts and will be the setting for experiences, discussions, debates and seminars that will illustrate the expeditioners every night. The twice-daily departures to the different islands of the route will offer an unforgettable opportunity to see unique animal species that illustrate the evolutionary theories and prove how a rigorous conservation of a unique ecosystem can be realized when there is political will and is left this aspect in the hands of the most qualified scientists.

One of the most important points of this trip will take place on Santa Cruz Island, home of the Darwin Foundation. It’s the place where scientific experiments of high impact are developed and that the Royal Academy will have the unique opportunity to visit in a deep and detailed way. There will be an academic meeting that will be the culmination of those that have already taken place in the previous days in the city of Quito, capital of Ecuador, a city declared a World Heritage Site with one of the most beautiful and best historical centers preserved from South America. The academic activity will take place at the University of San Francisco, whose auditorium will host the entrance as honorary academicians of two of the Nobel prizes present still elected, as well as that of other elected academicians. The expedition will also visit The Half the World, the place where the line of the Equator passes and where you can see the phenomena linked to the magnetic attraction of the terrestrial poles in the so-called Coriolis effect. 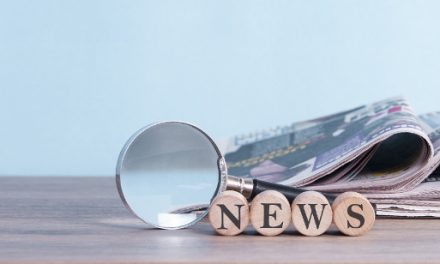