The universe of Hawking and Penrose Francisco González de Posada, president of the Academy of Sciences, Engineering and Humanities of Lanzarote and regular collaborator of the Royal European Academy of Doctors-Barcelona 1914 (RAED), invites academicians and friends of the RAED to be participants in the sessions that this institution will be held between the next 12 and 14 November at the headquarters of the Institute of Canarian Studies, in La Laguna (Tenerife), under the title “Cosmología. Análisis de las nuevas concepciones de Hawking y Penrose” (Cosmology: Analysis of the new conceptions of Hawking and Penrose).

The course is conceived as a description of current scientific cosmology -the cosmological model of the Big Bang-, highlighting the answers it offers to the problems of the origin, evolution and destiny of the universe. With respect to these, the questions suggested by Stephen Hawking and Roger Penrose are treated analytically and critically. Two scientists who in the last years have completed the properly scientific visions about the universe with other considerations of a primarily philosophical nature exposed in his works “A Brief History of Time” and “The Grand Design”, by Hawking, and “Cycles of Time” and “Fashion, Faith and Fantasy in the New Physics of the Universe”, by Penrose. These works, of enormous diffusion and of marked controversial interest, have generated an important impulse of philosophical cut and a certain critical revision of the scientific knowledge in a frame of relation with the thought in general.

The sessions, distributed in 12 lessons of 45 minutes followed by an open discussion of 15 minutes more, will be carried out by González de Posada himself, professor of Physical Fundamentals of the Polytechnic University of Madrid and, his time, doctor in Civil Engineering, Canals and Ports, in Theology, in Philosophy and in Sociology. The general objective of the sessions is to offer knowledge and reflect on the current cosmological vision contextualized in history: knowledge, ignorance and perspectives.

Participants who wish to opt for academic recognition will perform a personal work supervised by the course teacher with the specific study of one of the central or complementary topics. However, the recipients of the sessions are all those people interested in the great and traditional problems of universal thought, the first of which, treated from the point of view of reason, was precisely that of the universe and matter. 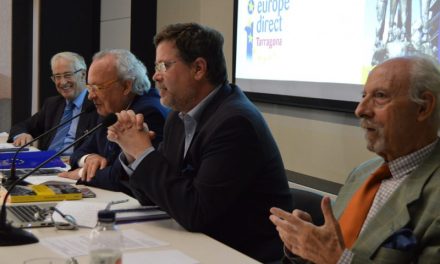