From the Big Bang to Genesis

Francisco González de Posada, president of the Academy of Sciences, Engineering and Humanities of Lanzarote and full academician of the Spanish Royal National Academy of Medicine, will deliver on March 12 at the headquarters of the Institute of Engineering of Spain the conference “El problema del origen del Universo: el Big Bang y el Génesis” (The problem of the origin of the Universe: the Big Bang and Genesis), a subject of recurring actuality that these days returns to be news for the defense of the British astrophysicist Stephen Hawking of the denominated Proposal without Limits, according to which neither time, neither space nor neither matter would exist before the Big Bang, in the same way that the current universe, in accelerated expansion, has neither limits nor borders. A theory, also, that feeds the existence of a hypothetical genesis of the matter-space-time dimension. Doctor in Roads, Canals and Ports, doctor in Theology, doctor in Philosophy and professor of Physics at the Polytechnic University of Madrid, González de Posada is the architect with José Ramón Calvo, full academician and president of the Institute of Interdisciplinary Research of RAED, of the fruitful relations that both institutions have established. The Canarian academy, in fact, was a participant in the First Scientific Meeting of the RAED, which was held in Fuerteventura between June 8 and 11 with the collaboration of the IESE business school and the University of Las Palmas.

The Academy of Sciences, Engineering and Humanities of Lanzarote carries out its activity both on the islands and in other Spanish cities. Among his next acts include his participation in the Day of Water to be held by the City of Orihuela and the Tribute to Primo Yúfera organized by the Royal Academy of Valencian Culture, in both cases with the participation of Gonzalez de Posada himself, and five other sessions will take place in Tenerife and Lanzarote.

Bulletin No. 58 of the Academia de Lanzarote 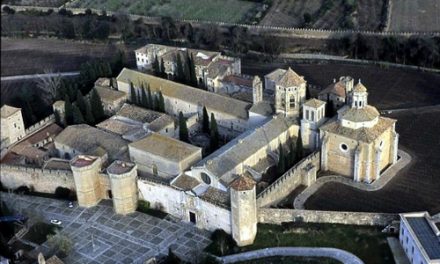 The Royal Academy of Doctors wishes you a Merry Christmas