God and the cosmos

González de Posada, regular contributor to the Academy, presents the work on theology of the creation of the universe 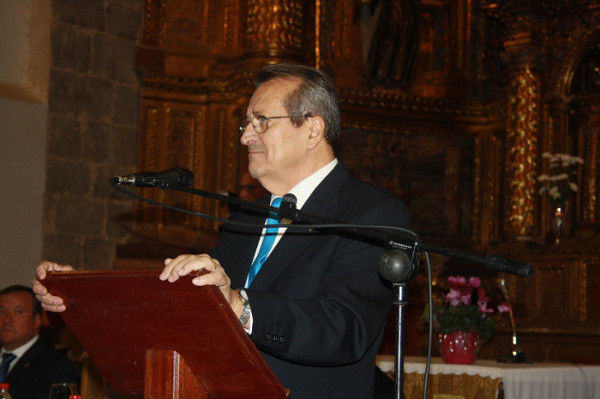 Francisco González de Posada, president of the Academy of Sciences, Engineering and Humanities of Lanzarote and regular collaborator of the Royal European Academy of Doctors-Barcelona 1914 (RAED), has published the book “Teología de la creación del universo y de la relación de Dios con su obra cósmica” (Theology of the creation of the universe and of the relationship of God with his cosmic work), in which he tries to determine the nature of God in his relationship with the universe, specifying and analysing his cosmic attributes. The author is a professor of Physical Fundamentals at the Polytechnic University of Madrid and, in turn, doctor in Road, Channel and Port Engineering, in Theology, in Philosophy and in Sociology.

“By God’s relationship with the cosmos we understand our universe, the universe that physics speaks about, the universe that has been studying and observing science. Here we analyse the historical process of progressive knowledge up to the current conception. The problem of the universe throughout human history from the strictly scientific perspective. For which an acceptably detailed historical study of connections, agreements and disagreements between the conception of God and that of the universe and its possible relationality is offered”, explains the author on the work.

For González de Posada, the knowledge of the universe and creation in a religious version informs about God, modulating the human elaboration of the concept of the creator. The study deals, then, on the problem of the God-universe relationship throughout human history or, properly, the theology of the Creation of the universe in its long historical development in the light of scientific progress.