Oriol Amat, full academician of the Royal European Academy of Doctors-Barcelona 1914 (RAED) and president of the Catalan Association of Accounting and Management, highlights in an article published in the last edition of L’Econòmic, the economic supplement of the Catalan newspaper El Punt Avui, the route it has in Catalonia and, by extension, in Spain cooperative banking once the role of traditional savings banks has been diluted after the last economic and financial crisis. Amat also outlines the main characteristics of these entities framed in the so-called third sector. “The Catalan financial system had been characterized by the high weight of the savings banks, which had contributed to greatly improve economic and social life with its proximity to the territory and its powerful social work, but now, after the last financial crisis, a few banks agglutinate most of the Catalan financial market”, the academician begins his reflection. This vacuum means that more and more banking clients are interested in the cooperative banking model, still in development, but with great growth potential.

“The market share of credit cooperatives varies a lot by country. In the Netherlands or Austria, for example, they have 40% of the market, while in Catalonia, their market share is around 7%. Studies show that 30% of consumers would like to be clients of this type of entity, so if they take advantage of the wave, they are entities that can grow a lot in the coming years”, the academician concludes. 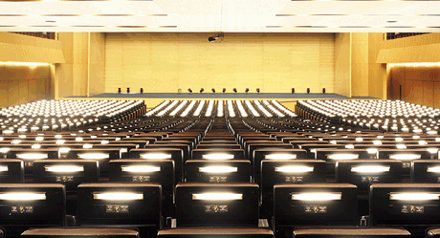 At the forefront of today