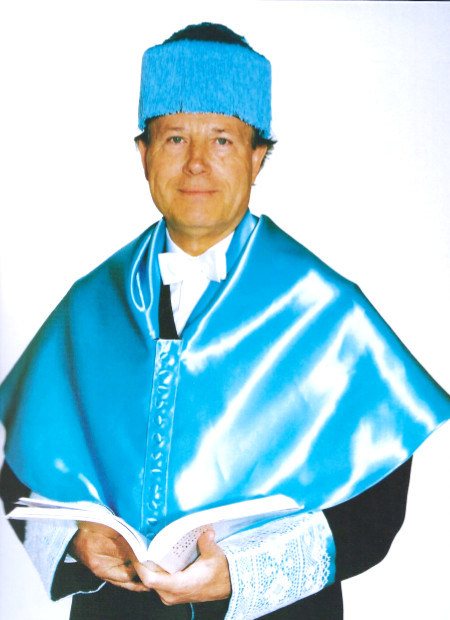 Earlier, in 1981, 1985 and 1986 he obtained the categories of Associate Professor, Full Professor of College School for Teaching Education and Tenured Professor, respectively. On April 27th 2004 he was nominated Academician of the Royal Academy of Doctors, disserting about “El conocimiento glaciar de Sierra Nevada. De la descripción ilustrada del siglo XVIII a la explicación científica actual ” Currently, and since 2014, he is Professor Emeritus at the University of Barcelona.

Since 1975 he has been teaching and carrying out research in the field of Geography, particularly on issues related to the geomorphology of cold regions and environmental dynamics mountain areas, as well as in the educational and didactic role of Geography.

He has taught at the university (Faculty of Geography and History at the University of Barcelona), at bachelor, MSc and PhD degrees

With regards to his research, Dr Gómez-Ortiz has been particularly prolific in his studies on Pleistocene and Holocene paleoenvironments and glacier and periglacial processes in mid-latitude mountain environments (Eastern Pyrenees, Sierra Nevada, central Andes, mainly).

Also remarkable are his studies on the reconstruction of the landscape of the high lands of Sierra Nevada during the Little Ice Age based on historical sources. He has been also interested in the recent and current landscape evolution in Mediterranean mountains (dynamic potential, use, management and natural heritage). Derived from his educational and didactic concerns, he has also published several contributions about the field of Didactics of Geography, particularly regarding the significance of geography at high school education. All these research activities, together with the supervision of MSc and PhD thesis, has been supported by competitive research projects that since 2000 have been framed within the Consolidated Research Group Paisatge i paleoambients to mediterrània muntanya (2009SGR-0868 and 2014SGR-373).

Dr Gómez-Ortiz coordinated this research group, as well as the Servei de Paisatge of the University of Barcelona until 2014 that focused on the implementation of basic research to the landscape management. The development of this research and applied activities has generated a wide and fruitful scientific production with the publication of more than three hundred titles distributed in articles published in international peer-reviewed journals, books and chapters of books, lectures and oral communications at national and international conferences, plus dozens of reports and technical projects for public and private companies.

Dr Gómez-Ortiz significantly contributed to the development and dissemination of the geomorphological research from different journals, being involved in the editorial board in 13 of them.

He is also member of several prestigious scientific societies, being in positions of responsibility in many of them such as the Sociedad Española de Geomorfología, International Permafrost Association-Grupo España, Asociación de Geógrafos Españoles, Real Sociedad Geográfica, etc.