Ada Yonath, Nobel prize in Chemistry; Sheldom Glashow, Nobel prize in Physics; Richard Roberts, Nobel prize in Medicine, and Luis Alberto Lacalle, former president of Uruguay, entered as honorary academicians of the Royal European Academy of Doctors-Barcelona 1914 (RAED) during the celebration of their First Scientific Meeting held in Fuerteventura between the 8 and 11 of June with the collaboration of IESE and the University of Las Palmas. The recipients culminated some sessions that were celebrated under the generic title of “Convergencia de Caminos: Ciencia y Empresa” (Convergence of Roads: Science and Business).

Yonath, renowned for his discovery of the protein tunnel between the two subunits of the ribosome, advanced a new generation of specific antibiotics effective against bacteria resistant to traditional broad-spectrum antibiotics from their research.

Glashow was especially critical of the Trump Administration’s denial of climate change, which it considered to be the major future challenge for mankind, and encouraged the scientific community to engage in a broad-based didactic exercise to raise awareness of current and future generations of need to change the current development models.

Roberts, for his part, argued for the defense of GM foods as a new way to fight the malnutrition of a large part of the world’s population, praised examples of corn and golden rice, a new source of vitamin C, and criticized the European Union’s prohibitions against these genetically modified foods.

Lacalle concluded with a defense to the political class, still threatened in many countries by factual powers that follow the dictates of companies, landowners, military or lobbies. “Representative democracy continues to be questioned today in many countries, which have a legal basis on paper”, he said. 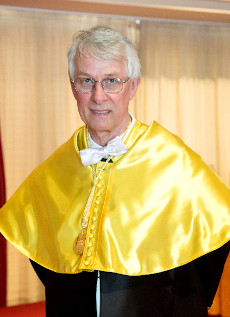 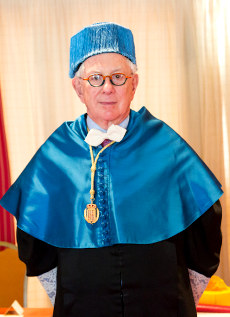 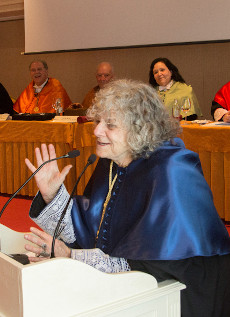 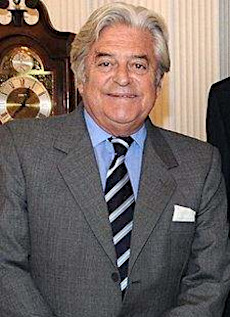 Video summary of admission as full academician of Montserrat Casanovas