José María Gay de Liébana, full academician of the Royal European Academy of Doctors-Barcelona 1914 (RAED), and Oriol Amat, president of the Catalan Association of Accounting and Management (ACCID) and also full academician of the RAED, participated on 27 November at a round table organised jointly by the Association of Economists of Catalonia and ACCID under the title “Patrimonio contable versus Patrimonio real: el caso del Fútbol Club Barcelona” (Accounting assets versus Real estate: the case of FC Barcelona). Gay de Liébana questioned whether the accounting balance reflects the faithful image of a football club of the first level, like that analysed, to reach the conclusion that no matter how rigorous the financial and accounting analysis of these entities, their peculiar model of business advises taking into account other factors that escape the usual parameters of analysis, in the same way that managers of large clubs do not act with the expected orthodoxy.

“The crux of the matter in the balance sheets of football clubs is focused on the valuation of assets and their impact on net worth -the academician reflected-. The assets that best reflect the productive capacity in football, its authentic revenue engine, crystallize in the rights of footballers. While the signings made are activated according to accounting regulations, doubts arise regarding the treatment that is being contemplated for players coming from youth football, provide teams’ raw material”. Hence, Gay de Liébana opts to propose solutions that tend to show the true value of assets without altering the results of the year and affecting the net worth of the entity. Amat, on the other hand, compared the intangible value of the main assets of football or top-level professional sports with other types of intangibles that some companies already take into account also because of the weight they represent in their activity. An assessment that must always be carried out by an independent expert who knows that market. According to this proposal, the accounts would have two additional columns. A column with the proposed adjustments and another column with the resulting data.

“The proposal to formulate two types of accounts has a precedent in the United States with the so-called Non US GAAP Earnings (benefits that do not follow the accounting principles generally accepted in the country) -explains Amat-. Companies are obliged to follow accounting standards , but they are authorised to supplement this information with data prepared without following these rules.This complementary information includes income and benefits data without including the expenses that are not paid, such as amortisations, impairments or provisions for restructuring”. 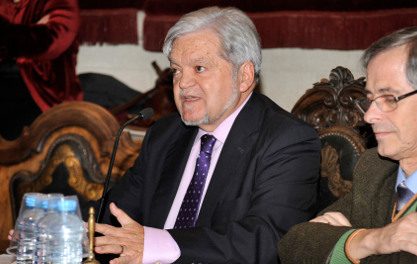 An attentive look at adolescence