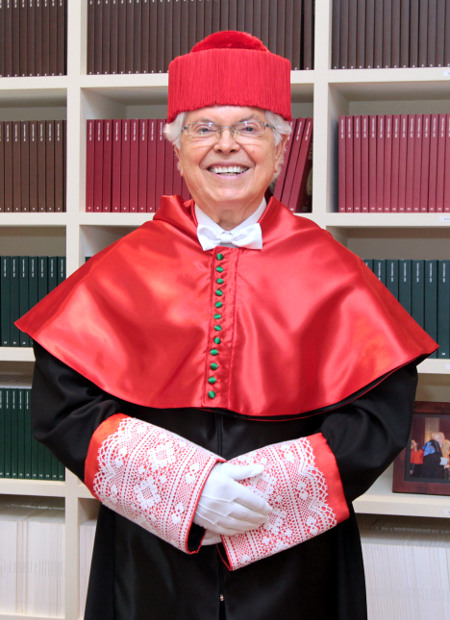 Joan Renart Cava, born in Balaguer (Lleida) on October 22, 1936, is a business professor (School of Higher Mercantile Studies of Barcelona), graduated in Law (University of Barcelona) and auditor (Official Register of Auditors of Accounts).Chairman of the

Board of Directors of the Vichy Catalán Limited Company.

Throughout his life he has participated in a large number of associations and non-profit civic projects.

He has been awarded the Grand Prix Littéraire, the International Academy of Gastronomy (Paris, November 2, 2001), the President Francesc Macià Medal for the Generalitat of Catalonia (2003), << The Key of Barcelona >> (2004), the Medal of Gastronomic Merit of Catalonia (2005), the prize for Concord awarded by the FEHR Spanish Hospitality Federation (Madrid, 2009), the appointment << Ambassador of Honor of Catalan Cuisine >> (2010), the Commitment Award Euro-Toques, by the European Community of Cooks (2010).