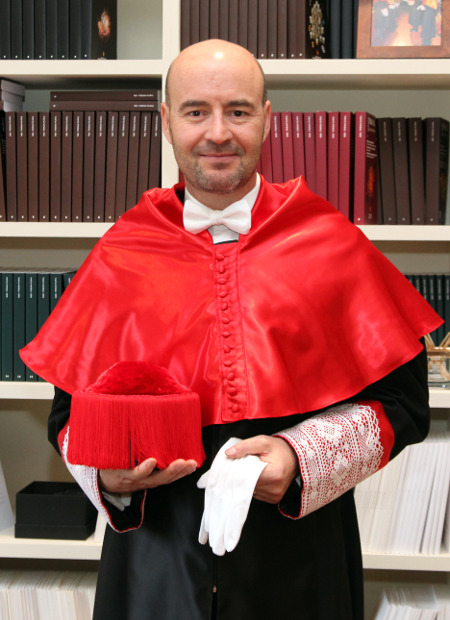 – Diploma of Advanced Studies in Law (2001).
– Degree in Civil Law, with the title “Electronic contracting: the provision of consent on the Internet”, Department of Civil Law of the University of Barcelona. Directed by Prof. Dr. Alfonso Hernández Moreno (July 2001). Published as a monograph with the same title in December 2001 by JM Bosch Editor.
– Completion of several postgraduate courses in private civil and commercial patrimonial law: Course on Company Law, ESADE (1997); Course on Real Estate and Urban Law, ESADE (1996).
– Bachelor of Law, University of Barcelona (1983-1988).
– Various courses of specialization in Private Law: diploma of studies of Civil Law of Catalonia, University of Barcelona (1988). Practical course in Real Estate Law, Center for Mortgage Studies of Catalonia (1988). Commercial contracting course, Abad Oliba (1985-1986).

– Professor of Commercial Law at the ESADE Law School – Ramón Llull University (2009 – present).
– Director of the Business Law Seminar of ESADE, which has become a reference for the specialty in legal communication, aimed at legal specialists in commercial law.
– President of the Commercial Law Section of the Bar Association of Barcelona (2006 – 2012). During this presidency, the board of the Commercial Law Section promoted the participation of the best lawyers and mercantilist lawyers in the city in the training of collegiate members through very diverse courses and conferences. We also created the Group of Experts in Commercial Law, which has been a forum for reflection and research in the specialty, with prominent members admitted with limited character among the best specialists.
– Vice President of the Association for the Promotion of Arbitration (AFA).
– Chair of Ethics Committee of the International Practice Group. International association of law firms to which Miliners Abogados belongs.
– President of the Arbitration Committee of the International Technology Law Association (2008-2012).
– Collaborating Professor of Civil Law at the University of Barcelona (from 1995 to 2008).
– Professor of Commercial Companies Law of the School of Legal Practice of Iltre. Bar Association of Barcelona (1998-2006)
– Speaker of the Course on Company Law and the Master in Dret Societari organized several times by the Iltre. Law school of Barcelona.

– Member of the Scientific Committee in Commercial Dret of the CAMPUS of the ICAB.
– I have given classes and lectures in Spanish, Catalan and English in the different subjects of my field of knowledge.
– I have given conferences and seminars, in different public and private institutions: ESADE, International Technology Law Association, International Practice Group, University of Barcelona, ​​Institute of International Research (IIR), IFAES, Barcelona Stock Exchange, Equestrian Circle, Chamber of Commerce Barcelona, ​​CIDDRIM, Higher Institute of Law and Economics (ISDE), etc.
– Invited as a talkative to debates and television and radio interviews on legal and economic issues, such as Onda Cero, Radio Intereconomia, Catalunya Ràdio, TV3. Author of several articles for specialized magazines and economic and informational press, such as Economist & Iuris, Expansión, Cinco Días, Mon Empresarial etc.
As scientific publications on various topics in commercial law and commercial litigation and arbitration, highlight, among others, the following:
– Author of the book “The electronic contract. Training and compliance “published by JM Bosch, January 2013. It constitutes the publication of the doctoral thesis reviewed and updated.
– The article “Objective Competence and Arbitration in Commercial Disputes: Need for Reform”. The Notary, nº 1/2015.
– Article “Commercial disputes: objective competition and arbitration”, published in the book “Preventive measures of legal conflicts in unstable economic contexts”; Coordinator Prof. Dr. Xavier Abel. (2014)
– The article “Individual action of liability against social managers”. Legal Journal of Catalonia, nº 3 2013.
– Article “Commercial distribution and competition: concurrence of both figures. Problems of objective judicial competence and accumulation of actions “. Published in the work “Competition and compensation actions”; coordinator Prof. Dr. Antoni Font (2013).
– The legal monograph “Electronic contracting: the provision of consent on the Internet”. Editorial JM Bosch Editor. December 2001
– The article published in the international magazine E-Commerce Law Reports, with the title “Downloading music for personal use in Spain”. Published in January 2007.
– Article published in the journal Alternative Justice Yearbook (Arbitral Tribunal of Barcelona) documenting the presentation given in the Conference on Arbitration and Market Law, under the title “Hiring software and arbitration.”
– “The usufruct of participations in investment funds” within the work Comments to the Catalan Law of Usufruct, coordinated by Prof. Dr. Alfonso Hernández Moreno. Editorial Legal Dissemination. 2003
– “The responsibility of the administrators in the Public Limited Companies Act”. Book Homage to D. Jesús López Medel. Editorial College of Registrars. 2000

Lawyer in collegiate practice at the Bar Association of Barcelona with dedication to commercial law, technological law and arbitration. With extensive experience in ADR, and in national and international arbitration. Arbitrator and defense counsel before different arbitral courts.
– Founding partner of the law firm MILINERS LAWYERS AND TAX ADVISERS, in January 2004. Managing partner and head of the commercial law area.
– Arbitrator and defense lawyer in arbitration, giving arbitration in commercial law conflicts (2000-present), especially in the matter of companies and commercial contracts.
– Neutral by the International Arbitration and Mediation Center of the World Intellectual Property Organization (WIPO-WIPO)
– Expert-lawyer designated ADIGITAL for the resolution of ADR conflicts over domain names corresponding to Spain “.es” (2006 – present).
– President of the Commercial Law Section of the Bar Association of Barcelona (2006-2012).
– President of the Arbitration and Mediation Committee of ITECHLAW (international reference association of lawyers specialized in technological law), from 2010 to 2013.
– Chairman of the Ethics Committee of the International Practice Group (2009-present). In this position he acts as director in mediation for disputes suffered within the organization.
– Vice President of the Board of Directors of the Association for the Promotion of Arbitration (AFA). Member of the Spanish Arbitration Club.
– Founding member and Vice-Secretary General and Member of the Board of Directors of Cercle per al Coneixement (2004 – 2008). Responsible for the area of ​​companies. This association is a Think Tank in Barcelona that promotes the development of the Knowledge and Information Society in the social, legislative, business, academic and scientific fields, currently merged with SEBAP.
– Member of the Legislative Committee of the ADIGITAL, formerly Spanish Association of Electronic Commerce. In this concept I have participated in the drafting of several legislative proposals that were presented to the Ministry of Science and Technology of the Government of Spain in the Draft Law of Electronic Commerce (LSSI-CE) and Draft Law on Electronic Signature. (2000 – present).
– Mastery of Spanish, Catalan and English, both professionally and teacher. 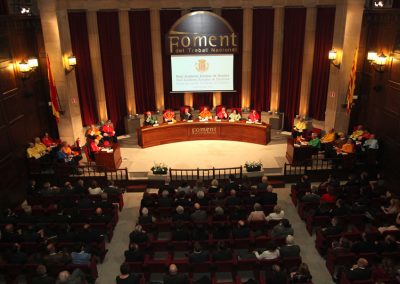 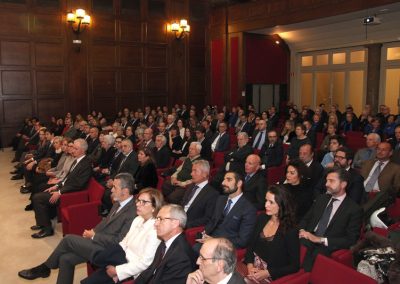 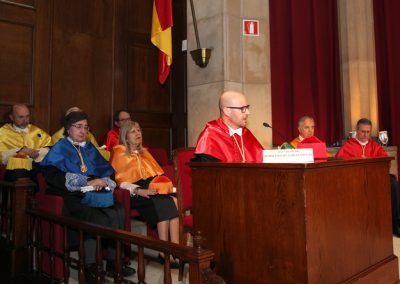 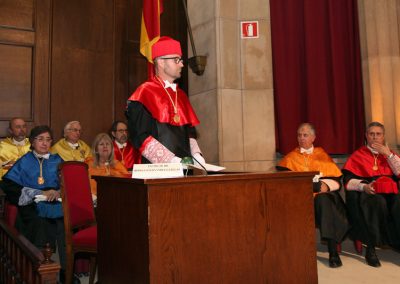 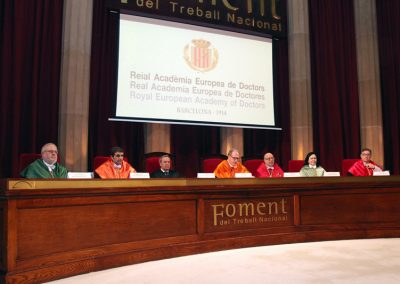 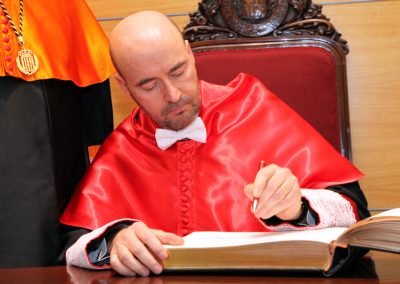 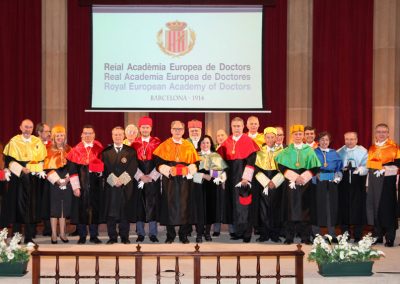