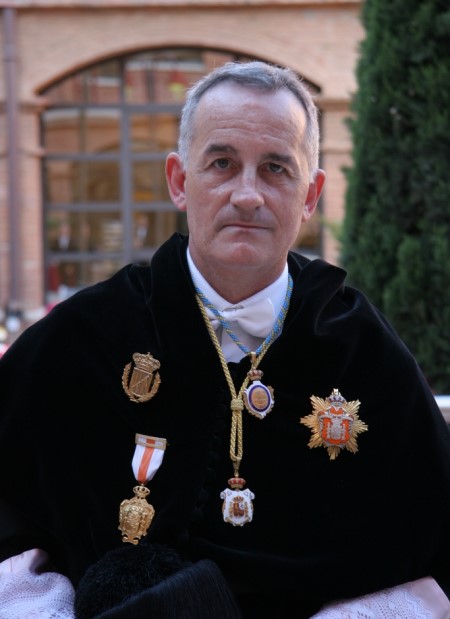 Juan Francisco Corona Ramon is a Doctor of Economic and Business Sciences, Professor of Applied Economics, Honorary Rector of the Abat Oliva CEU University and a member of the Reial Acadèmia de Doctors. Extraordinary Award of Degree and Extraordinary Doctorate Award. He is an Economist, financial analyst, tax advisor and account auditor.

He has collaborated with almost all Spanish universities and numerous abroad, including: Harvard, The Sorbonne Heidelberg, Kiel, Free Brussels, TEC Monterrey, Rome and Lumiere de Lyon.

He has worked for numerous international organizations such as: European Commission, World Bank, Inter-American Development Bank, European Court of Accounts, as well as economic adviser to various governments of more than 20 countries; and national organizations such as: CEOE, Superior Council of Chambers of Commerce, Spanish Association of Directors, Foment of treball, etc.

He has been a member of the Joint State-Generalitat Commission of Catalonia, National R & D Plan, ANEP, and various technical commissions, including the Commission of Experts for the Reform of the Spanish Tax System.

Author of 54 books and more than 400 publications in academic and professional journals, he is part of technical monitoring committees in 38 Spanish universities, being a member of numerous Boards and Boards of Directors. He is the General Director of the Family Business Institute, President of the Excellence Foundation, President of the Institute of North American Studies, among many institutions.