Posted by RAED | Oct 24, 2019 | Academicians of our centennial history 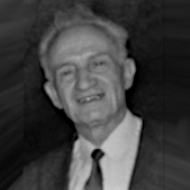 The Royal European Academy of Doctors-Barcelona 1914 (RAED) presents the 14th installment of the series dedicated to the most notable academicians of its centennial history, this time to another of his illustrious characters: the French engineer Arnold Kaufmann (1911-1994), recognized as the father of fuzzy logic. Another of the great figures of science and thought that have been part of the RAED and that the current Government Board wants to thank, acknowledge and claim, in the conviction that those who have no memory, have no future. The selection of these selected academics, from all fields of knowledge, is the result of research carried out for the publication of the “Book of the Centenary” of the Royal Academy, published three years ago. Personalities that transcend their historical context to appear today as referents of knowledge.

Outstanding engineer, Kaufmann had a brief military career that led him to serve as a French Army pilot during World War II. He developed his scientific and teaching career as a professor of Applied Mechanics and Operational Research at the National Higher School of Mines of Paris and later also offered classes at the Polytechnic University of Grenoble and the Catholic University of Leuven (Belgium). In the field of engineering, he founded the International Project Management Association together with the renowned engineers Roland Gutsch, Pierre Koch, Yves Eugène and Dick Vullinghs.

The American mathematician of Iranian origin Lotfi Zadeh, who developed with him the main studies of fuzzy logic, wrote about him: “In writing about Professor Kaufmann, I find it hard to find adequate words to describe my admiration and affection for a man who stood so tall in all respects. A truly outstanding intellect, professor Kaufmann was totally dedicated to his calling as a scientist, writer and educator. Material wealth, status and prestige were far removed from his goals in life. He was an avid conversationalist on issues related to science and especially fuzzy set theory. Somehow, the concept of a fuzzy set struck a resonant note in his thinking. When I met him in 1970, the enthusiasm of a man of his age made a deep impression on me. I felt very small by comparison”.

Kaufmann entered at the Royal European Academy of Doctors-Barcelona 1914 as corresponding academician for France on June 20, 1989.