The Royal European Academy of Doctors-Barcelona 1914 (RAED) will return to Mexico between the next 9 and 15 October to participate in the Research Congress organized by the Community of Higher Education Institutions of La Laguna (Cieslag), an institution which brings together 32 higher education institutions led by the La Salle Laguna University and the Autonomous University of Coahuila, and award their second prize to the Best Doctoral Thesis presented in the different centres of the Cieslag, complying with the agreement signed in 2015. The delegation of the RAED will be headed by its president, Alfredo Rocafort. He will be accompanied by Xabier Añoveros, vice president; José Ramón Calvo, president of the Institute of Interdisciplinary Research, and Jordi Martí, member of the Governing Board.

The Research Congress will be held under the title of “Investigación multidisciplinaria para una futuro sustentable” (Multidisciplinary research for a sustainable future) and will be accompanied in this edition of the 9th Regional Research Meeting and the 8th Meeting of Young Researchers, in which RAED will also actively participate. The purpose of the sessions will be to promote an academic space that allows for the dissemination of the results of the research carried out in the different areas of knowledge, to contact national and international researchers whose projects have been significant in the different areas of knowledge, to promote the new local research talents and build a source and database of research conducted.

Following its multidisciplinary approach, the work areas cover up to seven fields: engineering sciences, medicine and health sciences, humanities and behavioural science, biotechnology and agricultural sciences, biology and chemistry, social sciences, economics and administration and mathematics and earth sciences. The RAED will award its prize for the best thesis thanks to a collaboration program that has the support of the Department of Justice of the Catalan Government and the La Caixa Banking Foundation. In the first edition it acknowledged the work “Degradación ambiental del agua subterránea en el entorno de la gestión gubernamental de los recursos hídricos” (Environmental degradation of groundwater in the environment of government management of water resources), by José Soto Balderas, of the Autonomous University of Coahuila. 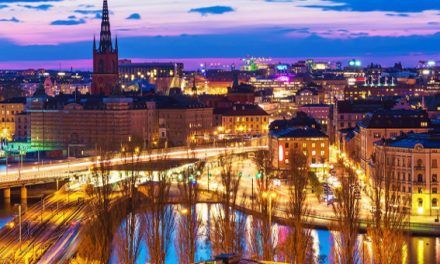 Joan Francesc Corona and Pedro Clarós will lead the opening and closing of the III International Event of the RAED, to be held in different Baltic cities