Cardinal Lluís Martínez Sistach, archbishop emeritus of Barcelona, ​​president of the Antoni Gaudí Foundation for Big Cities and regular collaborator of the Royal European Academy of Doctors-Barcelona 1914 (RAED), highlights the success of the International Congress “Laudato Sí & Big Cities”, celebrated between the 13 and 15 of July in Rio de Janeiro with the collaboration of the Archdiocese of this Brazilian metropolis.

The sessions had the participation of more than 200 people, to which we can add the thousands who followed them through social networks. They all echoed the message that Pope Francis sent in his encyclical “Laudato sí”, where he exposes the three R with which to combat the ecological challenges that the Earth suffers from a Christian perspective. The second R is responsibility for serious natural degradation and an alarming increase in waste. “We see an indifference to our common home and to so many tragedies that hit our brothers and sisters”, says the Pope, who urges to act accordingly.

Finally, the third R is the growing lack of interpersonal relationship, especially necessary in large cities. “It’s important that society work together in the political, educational and religious spheres to create warmer human relationships that break the walls that isolate and marginalize”, concludes the encyclical.

Pope Francisco himself was present at the congress with a heartfelt letter that addressed to Cardinal Martínez Sistach as organizer of the event and that was read in the opening of the sessions.

From the Big Bang to Genesis 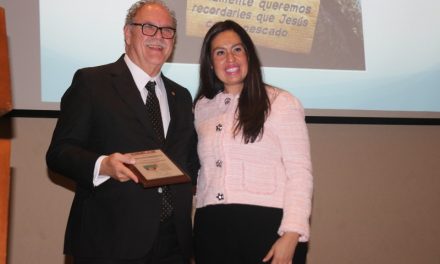 Eugenio Oñate believes that the future of R+D+i lies in the interdisciplinarity, internationalization and calculation