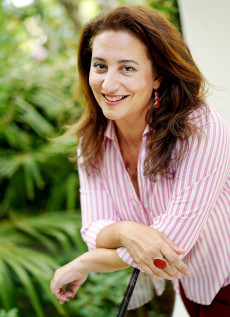 The Fomento del Trabajo assembly hall will remain closed to the public, so this event will be streamed. You can follow the broadcast from this same page, or from the Academy's YouTube channel by clicking on this link.

Se was born in New York in 1970, but in 1978 she moved to Seville. Doctor in Clinical and Health Psychology is a psychotherapist, researcher, lecturer and writer of numerous articles and books published. Degree in Psychology from New York University and a Master’s degree from Albert Einstein Yeshiva University in New York. During the years she lived in the United States she practiced psychology in various health institutions.

In 2001, after the attacks on the Twin Towers, she volunteered for the Red Cross and collaborated in Proyecto Libertad, a program created by the U.S. federal government to provide psychological assistance to victims.

She currently lives in Madrid where she has a private psychology practice and collaborates with Spanish and international institutions and universities dedicated to social issues and mental health.

A regular contributor to the program La Aventura del Saber on Spanish Television, she is a member of the Royal European Academy of Doctors, the European Federation of Psychology and the Culture Committee of the Queen Sofia Spanish Institute in New York. In 2015, 2017 and 2018 she was elected one of the TOP100 Women Leaders and Influencers in Spain.