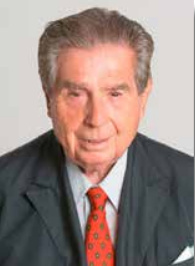 I firmly believe, and whenever I can I manifest it like this, that the successes outside of
time they do not safely bring emotional stability, no matter what level they are. The professional success must be the result of many hours of concentration, of trabuio, of effort, of struggle, and must arrive step by step, step by step, hurrying the times.
That’s why, as I said at the beginning, I do not believe in sudden, “miraculous” successes.

Another important point to take into account is personal time itself, that is, the age at which important achievements are achieved. When you reach the summit when you are very young, except in very specific cases, you do not have enough overall vision and experience to manage success and unexpected setbacks may occur. And when the necessary maturity is lacking to fit them, it can be very difficult to redo.

But experience is not everything. In the opposite case, when the long-awaited successes are reached at an advanced age, the extensive experience can be played against us by the natural fatigue of a lifetime of effort and a certain skepticism that is forged over time. On the other hand neurons are no longer for great demands and the vision of reality is becoming less clear, so it can be very difficult to keep what has been achieved, the success finally achieved can be like a last flash of a genie that goes outhopelessly

That is why I believe that the average age is the perfect one to channel ideas, to maintain an adequate and constant effort and to manage positively the experience that is accumulated over the years.

The doctoral thesis “Physical, statistical and biological considerations in the radium-roentgen treatment of cervical cancer” (1959) won the Extraordinary Doctorate Award, obtained by opposition.

The title of Doctor in Medicine and Surgery was issued by the Ministry of Education and Science in 1970.
Other fundamental titles related to my specialty are:

Medical assistant in the Chair of Physical Therapeutics of the Hospital Clínico de Barcelona, ​​between 1961 and 1967.
Assistant Professor in the Chair of Physical Therapeutics of Prof. Badell Suriol between 1968 and 1973.
Medical specialist in Endo-radiology in what was then called Compulsory Illness Insurance, between 1967 and 1970.
Doctor of nosocomial institution and special services, issued by the City of Barcelona in April 1971. I performed this work in the Radiology and Physical Medicine service of the Hospital de la Esperanza and continued in it when the hospital ceased to belong to the City Council and It happened to depend on a consortium called Institut Municipal d’Assisténcia Sanitària (IMAS), also disappeared after my retirement.

In the first years of my career I also had a professional relationship with physical medicine and rehabilitation and radiodiagnosis, in addition to radiotherapy, because the degree of specialty in those years included all those disciplines. A memory of my activity in this field is the paper entitled “Electrotherapy with anti-inflammatory radiotherapy in the treatment of benign conditions” presented at the XIII International Congress of Radiology (Madrid, 1973) in collaboration with Prof.
D. Fernando Solsona, who was distinguished with the commemorative silver medal. Another interesting work in this area was the physicist of Ramsay-Hunt syndrome, “published in Radiología, 6 (1976).

Since the beginning of my activity as a doctor, I had special interest in knowing the protocols and the advances that were experienced in foreign institutions of recognized prestige. The attendance to international congresses of the specialty has allowed me to have contact with the works and investigations that are carried out in those centers.

I observed that at the Christie Hospital & Holt Radium Institute in Manchester, the two main concerns of the specialist there were dosimetry and protection. For them, it was particularly important to adjust the treatments to the limit without ever exceeding the dose considered optimal, otherwise serious long-term harm could result.

I was particularly interested in the accuracy of dosimetry with natural and artificial radioactive nuclides in surface therapy, interstitial therapy and gynecological brachytherapy techniques. The curieterapia according to the Manchester technique tried to give solution to several relevant aspects of the dosage, defined the doses of dangerous intolerance in different points of the parametrial tissues and established transcendental biological concepts in the use of the doses of gamma rays.

My visits to several accredited cancer centers in France (Toulouse, Marseille, Montpellier), unfortunately brief but extremely rewarding, allowed me to study physics, practice the calculation of doses and direct knowledge of the advantages of supervoltage radiation and the electron therapy, seeing in action the new linear accelerators that had to open a new era in the practice of radiotherapy.

In November of 1972 I made a trip of extension of studies, visiting the Institut Gustave Roussy, located in Villejuif, near Paris.

Although it was at that time an old hospital in terms of its exterior architecture and perhaps in its interior layout, it is evident that it is endowed with extraordinary means of work, with a very complete and modern instrument in the hands of a very competent medical staff. In this center I could see the betatron running.

In these circumstances, it is not surprising that the Institut Gustave Roussy has pioneered a multitude of new treatment techniques that have been imposed internationally. One of the scientific activities that has had more prominence is the exploration and treatment of cancers in ENT.

I found the individualized attention given to each patient extremely interesting, discussing the advantages and disadvantages of each and every one of the therapeutic guidelines that can be adopted, always through data
scientists elaborated from the anatomopathological results, hematic constants, characteristics and degree of extension of the lesions and the general state.

Not directly related to radiotherapy, but with obvious scientific benefit as well, it was my visit to the Chair of Radiology of the Faculty of Medicine at the University of Strasbourg. When our hospital acquired the modern equipment
of mammography, the supplier company invited us to know this center, directed by Prof. Charles (iras), who enjoyed great prestige in the order of the specialty as a whole and reached an important worldwide prominence for his work as soon as to the detection and early diagnosis of breast cancer.
Taking advantage of our stay in Strasbourg, we also visited the Department of Neuroradiology of the Faculty of Medicine, which was then headed by Prof. Wackenheim, a true pioneer of the specialty and a master of a whole generation of neuroradiologists. This center is dedicated exclusively to the radiological exploration and diagnosis of neurological diseases.

It was an experience of great interest because in the malignant tumors of the central nervous system tributaries of radiotherapy we believe that it is important and necessary that when planning a treatment we have a wide knowledge of the interpretation of the images to situate the malignant neoformation, define the dosimetry and control the evolution during and after the treatment.

A part of my professional attention has been directed towards occupational medicine as a result of my years of work in the medical service of Telefónica. The different problems observed and the annual medical check-ups gave me
materials and experiences in the physical treatment of diverse injuries, comparison of data and statistical studies that I reflected in some works, among which we can highlight: “Statistical commentary on photoseriations practiced during the year 1974-75” (1976), “Awareness of risk of radiation in the world of work “(1976),” The traumatic etiology of neoplasia, its consideration in occupational medicine “and 2” part, 1977), “Physical treatment of the painful shoulder” (1977), “Protection against ionizing radiation “(1980),” Trauma-cancer relationship “(1980),” Perspectives of a
breast cancer detection program in the recognition of company “(1987),” Working with screens. Present and future considerations in occupational medicine “(1990),” New vision of work stress “(1990),” Perspectives of retirement based on work activity “(1991),” Reflections on work-related stress “(1999) ), etc., all of them published in journals related to the specialty or generalists.

Some lack value, such as that of photoseriaciones, which is a technique that has not been practiced for years, although in its day we were able to detect emphysema, silicosis and even a case of pulmonary tuberculosis. Breast cancer screening programs (or any other that are feasible) are still valid, although logically adapted to current media, and the same can be said of the problem of computer screens, which is still being studied and improved.

Without having tried, the works on the work stress were particularly prophetic: the lack of stimuli and valuation, the performance of works well below the capacities and, above all, the unemployment, that in their day could seem more or less remote assumptions , are currently, unfortunately, a very palpable reality.

In addition to the work directly related to the clinic and the therapy of the oncological patients that make up, as is logical, most of my work, I have devoted some attention to also related topics, but at a level of
theoretical speculation, as well as the care organization, both at the local level (hospital) and at the global level (health programs).

My interest in the subject of organization and direction was channeled through some related seminars and masters, taught by prestigious institutions:
Seminar on planning and operation of radiology services (1972) organized by the DGS, Seminar on hospital care management (1977) organized by the School of Hospital Management and Administration in Madrid, and Master in Hospital Management Management (1977), title issued by EA.DA

Among the published works we can recall: “Subdivision in services of the specialty of hospital radiology” (1972), “Situation of physical therapeutics among the sciences” (1977), “Historical sketch of physical therapeutics” (1978), “Situation of radiotherapy between oncological specialties “(1980),” Radiotherapy for Catalonia and the rest of Spain “(1980),” Organization of radiotherapy service in a general hospital “(1980),” Integration of radiotherapy department in hospital management “(1990),” Comparative study between public social medicine and private social medicine in its care, political, social and economic aspects “(1992). This last work, presented as a memory under the motto “For the benefit of all”, deserved the 1992 annual prize of the Royal Academy of Medicine of
Barcelona.

I have also dedicated some work to health problems of general interest, although related to ionizing radiation and oncology: “Radioactive contamination of food and its health importance” (1978), “Tobacco consumption and cancer disease” (1980) that It was published in a monographic volume of the journal Jano dedicated to smoking, “Forecasts, statistics and iatrogenies” (1991), “Atomic energy, risks and benefits, medical uses in radiodiagnosis and radiotherapy” (1992).

Finally I must remember with special pride two works directly related to our family, both published in the Annals of Medicine and Surgery. They are “Duty fulfilled” (1976) on the twenty-fifth anniversary of the admission to the Royal Academy of Medicine of Barcelona by Professor Don Vicente Carulla Riera, and “Contribution to the biographical-medical study of the most illustrious families of academics. “(1978), in memory of Professor Don Valentin Carulla, Marques de Carulla, and their medical relatives.

As already announced in my doctoral thesis, my vocation has been focused mainly on radiation oncology, in which I have attended the dizzying development of the specialty, enhanced by the advances of research in the oncology clinic.

With the passing of time, the enormous technical advances that have been recorded in both radiodiagnosis (remote control, echo, computed tomography, magnetic resonance, etc.) and radiotherapy (high energy, electron therapy, 3D dosimetry,
shaped fields, irradiation with other particles, etc.) have forced the division of the specialty, because at present it is impossible for a single person to master the widest range of techniques available to us in both disciplines.

The core of my professional activity has focused, then, on oncological radiotherapy, and I have collected my experiences over the years in multiple works published in specialty journals, monographs and communications to congresses
National and international.

Among the conferences in which I have contributed my collaboration we can remember: