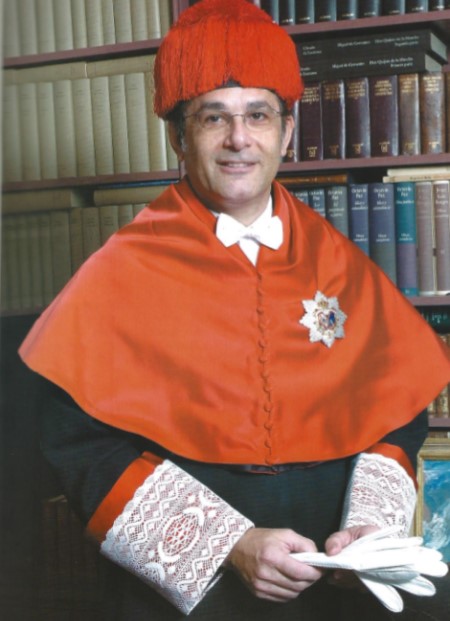 Lawyer of the State, currently on leave, as such he worked several years in the Ministry of the Treasury, where he held the positions of Head of the Central Resource Service, Head of the Cabinet Technical Sub-Secretary and Deputy Director General.

Later he directed his career towards the private sector, being Secretary of the Board of Administration and Head of the Legal Advice of diverse companies, such as Endiasa, Eniepsa and Hispanoil. He was also General Secretary and of the Board of Directors of Bankinter from 1986 to 2009, currently holding the position of independent Director of Bankinter, S.A.

In addition, he is a Director and Patron of other companies and Foundations and Legal Adviser of the Board of Directors of lberdrola, S.A.

Author of frequent articles of opinion on current legal issues in national dailies of economic or general information, such as El País, Cinco Días and Expansión.

– Honorary Member of the Association of Friends of the Prado Museum.
– Friend of The Metropolitan Museum of New York, the Reina Sofia Museum in Madrid and the Thyssen-Bornemizsa Museum in Madrid.
– Member of the Board of Directors of the Hispanic Society of New York (Spanish Chapter).
– Member of number of the Royal Academy of Doctors of Catalonia.
– Arbitrator of different national arbitration institutions (Civil and Commercial Court of the Arbitration, Spanish Court of Arbitration, Court of the Chamber of Commerce of Madrid, Court Arbitral of the Bar Association of Madrid) as international (ICC). Board member Board of the Spanish Arbitration Club