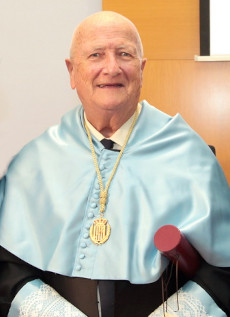 Pablo-Ignacio de Dalmases i de Olabarría, is a Doctor of History from the Autonomous University of Barcelona, Master of Arts in Contemporary History, a Licentiate in Information Sciences in the Sections of Journalism and Publicity and Public Relations and Social Graduate.

He has worked as a journalist for over fifty years and was director of Radio Sahara and the newspaper La Realitat de Al-Aaiun and head of the Information Services of the General Government of Sahara during the Spanish era. She entered in 1976 as a journalist on  Radiotelevisión Española  and remained in the public school until her retirement, having held various positions and specializing in the area of cultural journalism.

He has also directed several periodicals, including and for ten years the journal Travelport of Travel and Tourism. He has also devoted himself to teaching as a full professor of chair at the Official School of Publicity, consultant at the Universitat Oberta de Catalunya and senior technician of Education of the Diputació Provincial de Barcelona.

He has also been a civil servant of the City of Barcelona and a management technician of the Ministry of Culture. In 2011 he was elected corresponding academic of the Reial Acadèmia de Bones Lletres de Barcelona. . He is the author of more than twenty books of historical research, travel, memoir, and narrative.