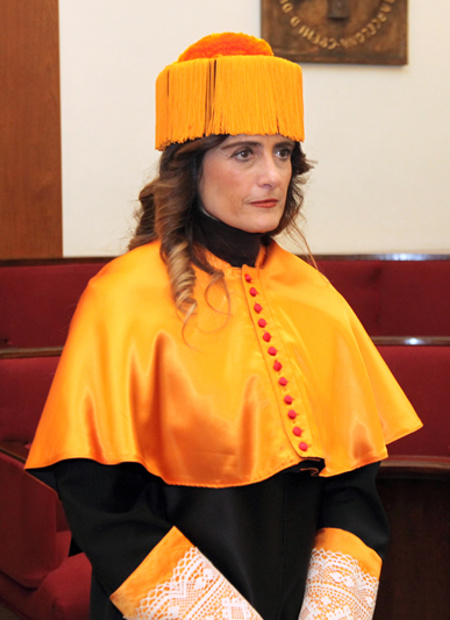 María del Mar Alonso Almeida is a Doctor in Economic and Business Sciences from the Autonomous University of Madrid, specializing in Business Organization, since July 17, 2007. Since 2003 she has been an Associate Professor at the Carlos III University of Madrid, while practicing professionally As Consulting Manager in the company Informática del Corte Inglés. Since October 2006, she has been hired at the Faculty of Economic and Business Sciences as a full-time professor, first as Assistant Professor and since January 2009 as Assistant Professor Doctor. At present, since November 22, 2012, she is a permanent professor in that University, working as a Doctor Contracted Professor.

He has the Accreditation to Holder of University since April 2012.
It has recognized a six-year period of research corresponding to the period 2007-2012 and two

Teaching five-year period corresponding to the period 2005-2014.
He has three Bachelor’s degrees – Business Administration, Market Research and Techniques and

Law- and two DEAs – in Accounting and Organization of Companies and Business Law-.

In addition, before joining the university full-time, he worked in the consulting area of ​​several national and international companies for 15 years. He holds the title of European Quality Manager.

Since joining the university full time, has focused on developing a line of research sustained over time based on the influence that decisions on the adoption and dissemination of certain business practices have on the operations and performance of tourism companies .

The result of this research effort are the more than forty articles published or accepted in JCR journals with an impact index between 3,398 and 0,056 and eight articles indexed in the Web of Knowledge without an impact index. In addition, he has published more than thirty articles in other journals, of which six are indexed in Scop’s SJR and, in addition, more than ten articles in journals indexed in the LATINDEX index. Additionally, he has collaborated in the following professional publications: Forum Calidad , Nexo Journal of the Professional Travel Agent and Hosteltur.

He belongs to the Research Group recognized by the Autonomous University of Madrid GIDEST – Research Group in Business Management of the Tourism Sector – since its inception, led by Professor José Miguel Rodríguez Antón, with whom he has participated in several competitive research projects of international scope financed by the AECID, by the CEAL (Santander Bank – Autonomous University of Madrid) and national by the University of Madrid itself. These projects have published, among other publications, six collective books with the results of the research carried out, several articles indexed in SSCI with impact index and the dissemination of results has been done in more than thirty national and international conferences.

Since 2006, he has participated in fourteen international projects of a competitive nature and seven national ones. Due to its importance, it is worth mentioning the project of the National R + D + E Plan ECO2009- 12754-C02-01 entitled “IMPROVING CUSTOMER SATISFACTION IN SPANISH COMPANIES THROUGH STANDARDIZATION”. The project involves researchers from the University of Girona, the University of Barcelona and the University of the Basque Country, with some of whom have been working since 2008 and with whom they have published more than a dozen articles indexed in SSCI with an impact index. Among the international ones, the current participation in two COST actions financed by the European Union under the Horizon 2020 Program called NEW MATERIALISM: NETWORKING EUROPEAN SCHOLARSHIP ON ‘HOW MATTER COMES TO MATTER and SOCIAL NETWORKS AND TRAVEL BEHAVIOR.

Additionally, she has also participated in more than twenty research books as author or co-author and has co-authored three books as teaching material, which are used not only at the Autonomous University of Madrid, but at other public universities (Universidad Carlos III, Universidad King Juan Carlos I or University of Jaén, University of Costa Rica) and private (University San Pablo CEU and University Camilo José Cela).

It is in the Database of Evaluators of the COST-European Cooperation in Science and Technology Actions and has been invited to review a proposal. She has also been invited by the Government of Poland, by the Agency of the National Science Center (Narodowe Centrum Nauki – NCN, http: //www.ncn.gov.pl). To evaluate the proposal: Funding scheme OPUS, Factors diffusion of development processes affecting the degree of cohesion in the less developed regions, dr hab. Paweł Churski, Adam Mickiewicz University in Poznań, No. 273779, Panel HS4

In his teaching activity, he has taught in ten different subjects since 2003 in the Diploma in Tourism, Double Degree in Business Administration and Law, Bachelor in Business Administration, Bachelor of Research and Market Techniques, Chemical Engineering and Degree in Tourism. which has involved teaching approximately 300-500 students per course. Additionally, he has participated from 2006 to 2012 in the Master of Management Development of the Institute of Business Administration of the Faculty of Economic and Business Sciences, teaching the subject of Globalization and People and in the 2009-2010 academic year he has taught the subject of Management of Operations in the Own Title of Gastronomy and Restoration.

He has participated in nine teaching innovation projects at the Autonomous University of Madrid, both in general projects of the Faculty and in specific projects in the Degree in Tourism studies or development of e-learning.

Since 2004 she has been Coordinator and tutor of the Tourism Practicum having coordinated the internships in companies of one hundred students.

She has been a Tutor of the Tutela Action Plan since the 2012-2013 course of the Tourism Degree. The tutelage in this grade as well as an academic accompaniment to the student throughout the student’s university life includes being their internship tutor in Business. .

During the years 2012 and 21013 he has been a member of the mixed commission of the DOCENTIA program of the Autonomous University of Madrid for the evaluation of the faculty of said university. At

2014-2015 period participated as a Vocal Evaluator and Coordinator of the Follow-up Commission of the Official Degrees of Degree and Master of the Andalusian universities of the Andalusian Agency of Knowledge. In April 2015, he was appointed as an evaluating member of a panel of the ACREDITA program of ANECA.

She has more than fifteen years of professional experience as a consultant in world-class companies, especially consulting technological innovation and process in all large Spanish private companies and the State Administration. During the last period from 2000 to 2006 my professional career especially focused on the deployment of technological innovations based on the new information and communication technologies and their application to the business of the companies.

In terms of management issues at the university, more than ten management positions have been filled, as can be seen in the curriculum, but due to its importance we would like to highlight the following:

– Currently, since September 2014, she is Coordinator of the Official Master of Business Administration of the Faculty of Economic and Business Sciences of the Autonomous University of Madrid.

– Coordinator from the 2014-2015 course of the Direction of Travel Agencies of the third year of the Degree in Tourism.

– From July 2011 to June 2014 she has been Coordinator of the Tutorial Action Plan of the Faculty of Economic and Business Sciences of the Autonomous University of Madrid, a program that involves the participation of all the undergraduate students who are currently around 3,500 students in six different degrees and 200 teachers who have been assigned as tutors.

– Course Coordinator of the Degree in Tourism since the first semester of the 1st year of 2009-2010.

– From October 2008 to June 2014 he has been a member of the Quality Assurance Committee of the Faculty of Economic and Business Sciences of the Autonomous University of Madrid.

– Elected Member of the Board of the Faculty of Economics and Business Sciences on November 16, 2011, representing the teaching staff of her estate, being the most voted teacher. 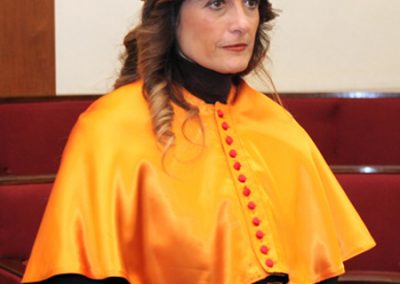 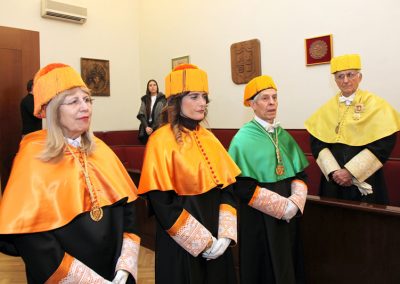 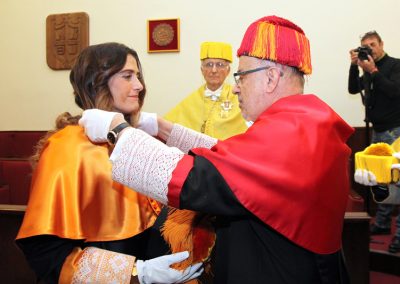 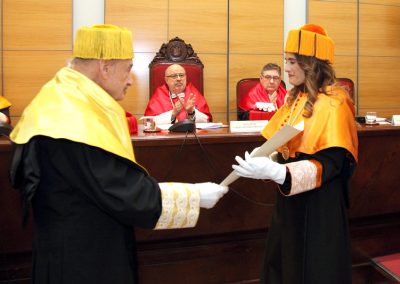 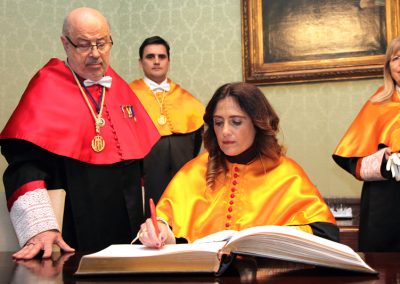 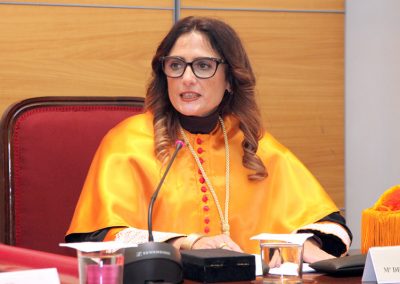 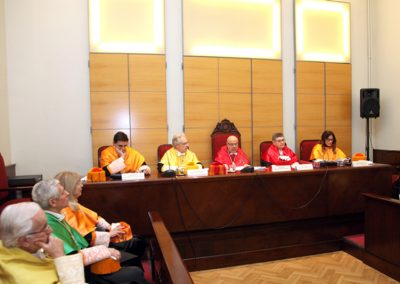 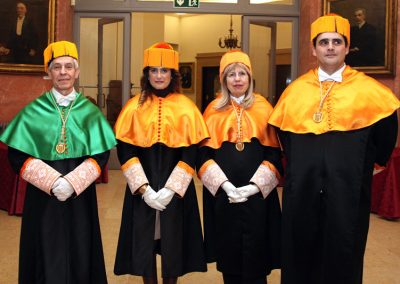 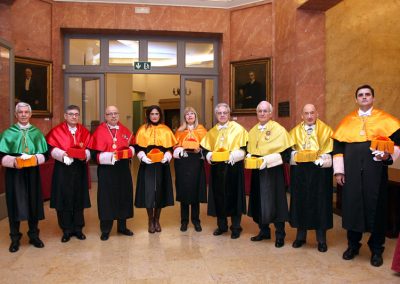 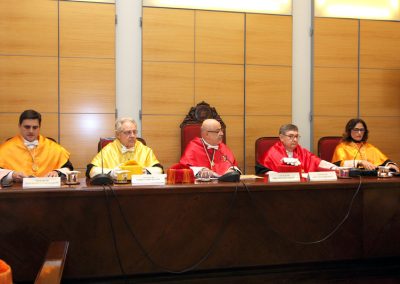