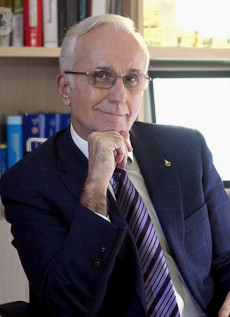 He holds a PhD in Medicine and Surgery from the University of Barcelona.

Specialist in urology and occupational medicine.

Winner of the “Gil Vernet” Research Prize in 1990.

Academic number of the Royal European Academy of Doctors.

From 1989 to 1990 he was associate professor of the doctorate course of the Estudi General de Girona (UAB).

From 1989 to 1993, medical journalism in different written media.

Published books: “Urological problems in the spina bifida”, and “Reality and future in the treatment of benign prostatic hypertrophy”. He participated in the RAD book “Bioengineering and Uncertainty”.

Pioneer in 1998, in Catalonia, in the practice of laparoscopic urological surgery.

He has published numerous articles of the specialty. He has been the organizer and director of meetings and meetings of urology. Active participant since 2006 in the

Member of Honor in 2015, of the European Higher Council of Honorary Doctors and Doctors.

Honorary Professor of the Business School of Barcelona ESERP.

Honorary Member since 2015 of the Illustrious Iberoamerican Academy of Doctors.