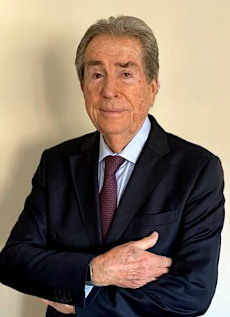 Cosimo Chiesa has been Professor of Marketing at IESE since 1978. He has a PhD in Economics and Marketing from the Luigi Bocconi University and Dottore Commercialista from the University of Pavia.

Dr. Chiesa has extensive professional experience in management and consulting. His career began in the office of Arthur Andersen in Milan, which at that time coordinated the entire southern European region. Later he joined Star Food, Italy, where he was deputy to the president and responsible for the subsidiaries. In 1970 he moved to Spain, where he held the position of Deputy General Manager and Director of Starlux S.A. In 1978 he joined Martini & Rossi as Deputy General Manager and Board Member for Spain and Portugal. At the same time he combined these positions with the vice-presidency of Marqués de Monistrol and the presidency of Martini & Rossi Morocco.

Throughout his entire professional career, he has always been in contact with teaching, contributing his knowledge throughout these years reflected in the publication of nine books.